Where do you go when you have a large group of friends who want to talk to each other and not disturb the other diners? Cooper’s Hawk Winery and Restaurant! How about when you want to have a cozy dinner with your special someone or with close friends? The answer is still the same. Cooper’s Hawk.

Cooper’s Hawk is a winery and restaurant chain that has locations in six states, including Illinois, where I live. Every time we go to Cooper’s Hawk, we say to each other, “Why don’t we come here more often?” The atmosphere is lovely, the decor is interesting with the wine barrel theme, and the food is fresh and creative — especially for a chain restaurant. There is a full bar if you are interested in something other than wine, as evidenced by my recent choice of the Dirty Nasty Martini. 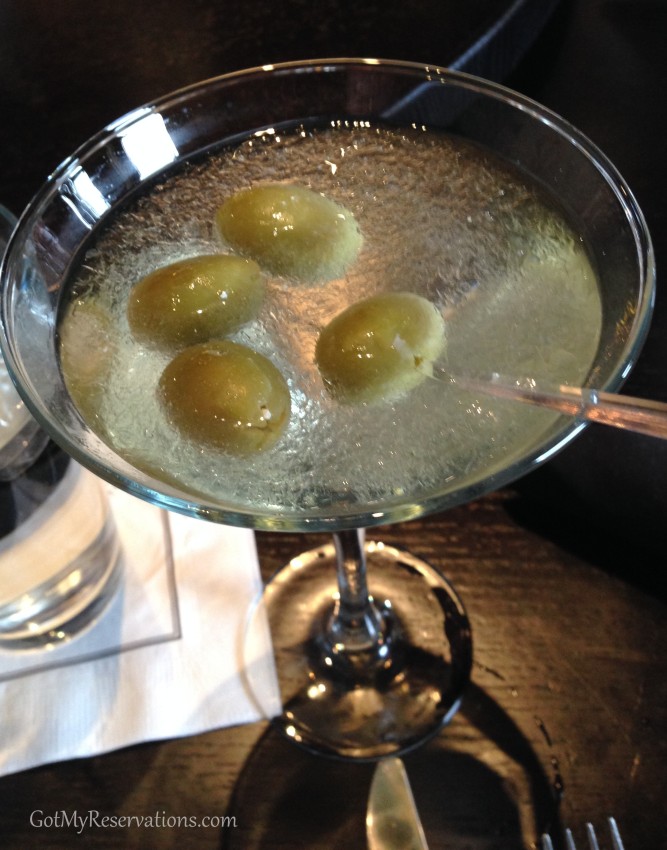 It’s not all about the wine!

We go the location in Arlington Heights, and usually ask for either the round table in the corner for a large group — it seats at least ten — or one of the banquettes along the window wall. Because they are at the back of the room, they are quieter and it is easier to hear one another. 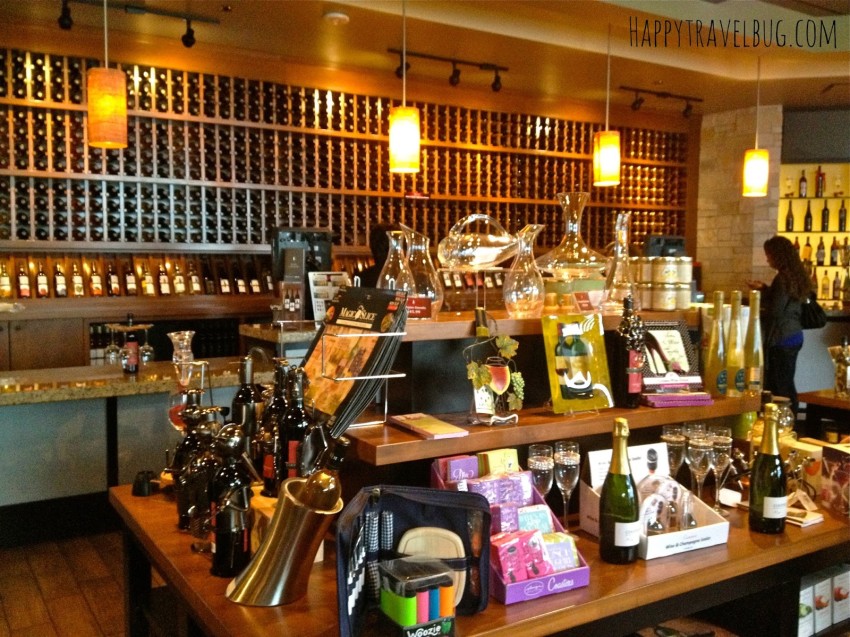 Because Cooper’s Hawk is a winery, the first thing you encounter when you walk into the restaurant is the tasting room. There is lots of wine merchandise, but don’t let that deter you. The wines themselves are quite good, and you can also take a winery tour. We made a reservation via Open Table and were seated on a Sunday at 12:30 with no problem. 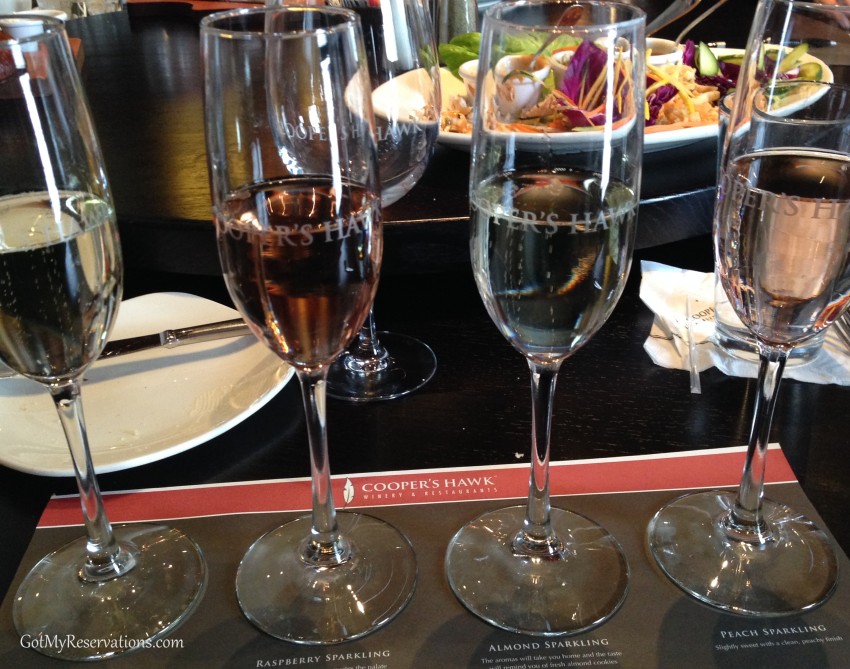 Several people ordered the sparkling wine flight, composed of Cooper’s Hawk offerings. It’s a nice start to a meal. The table has a large center lazy susan which makes it easy to share with your dining companions. We devoured several loaves of the amazing pretzel bread during our cocktails — it was too easy to spin the wheel to get another serving! 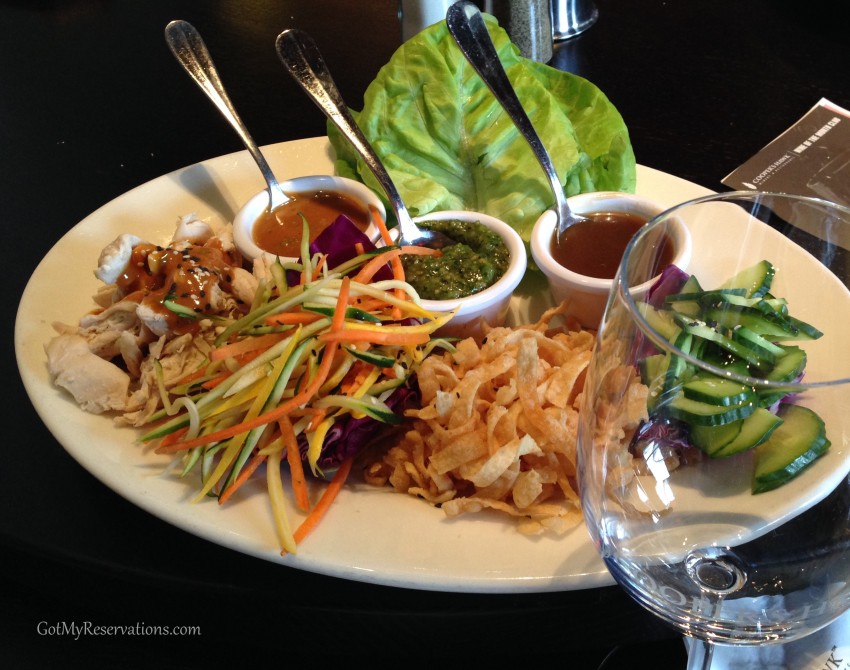 For appetizers, we had the Thai Lettuce Wraps and Fried Calamari. Everyone swooned over the lettuce wraps and the Cilantro-Lime Aiolis with the calamari was fabulous. 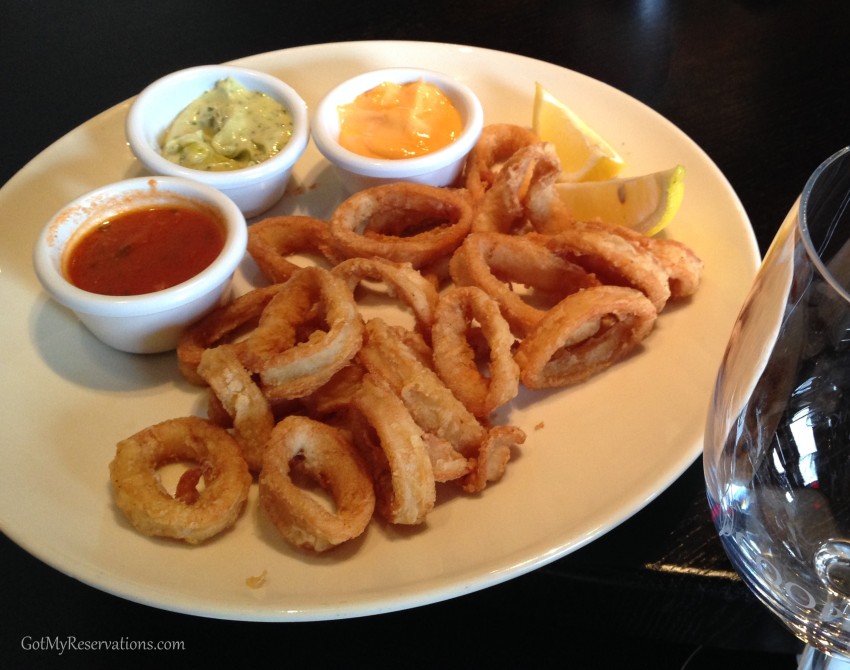 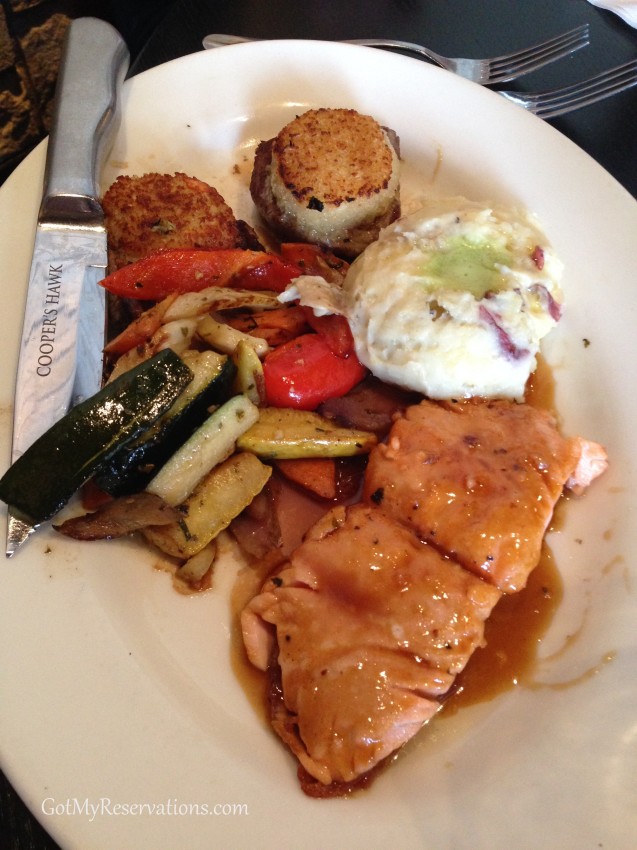 Several people ordered the salmon and the surf and turf, but I went with my all-time favorite, the crab cakes. 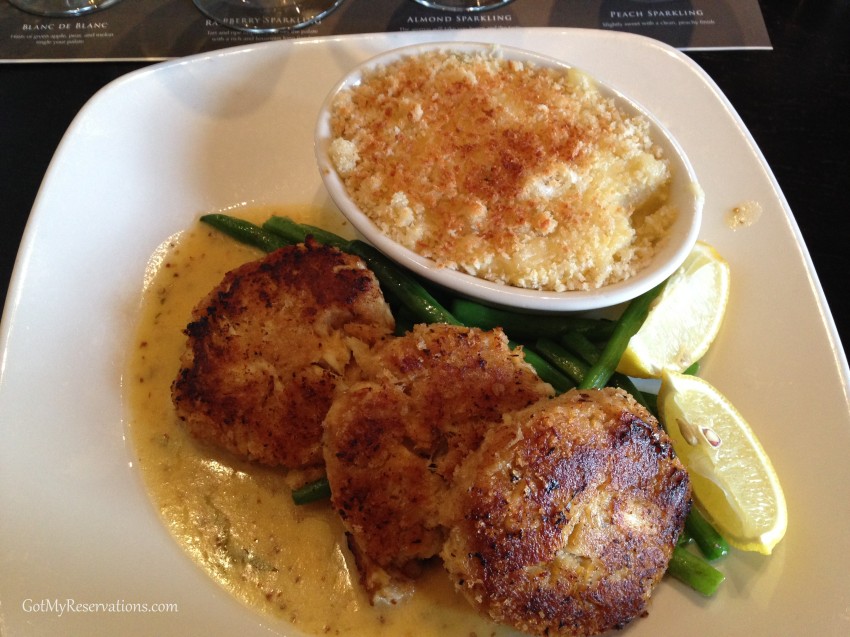 Cooper’s Hawk Winery and Restaurant also has a fairly extensive gluten free menu which our gluten-sensitive friend finds to be very good.

So — if you are in Chicago’s Northwest suburbs, or near any of the five other suburban Chicago locations, be sure to try Cooper’s Hawk Winery and Restaurant. If, like my many family and friends, you live in Ohio, try the locations in Columbus or Cincinnati. After dining at Cooper’s Hawk, my brother and sister-in-law decided to drive 90 minutes to Columbus to go back to the restaurant nearest them and bring their friends. To me, that’s testimony to its charm and good cooking.