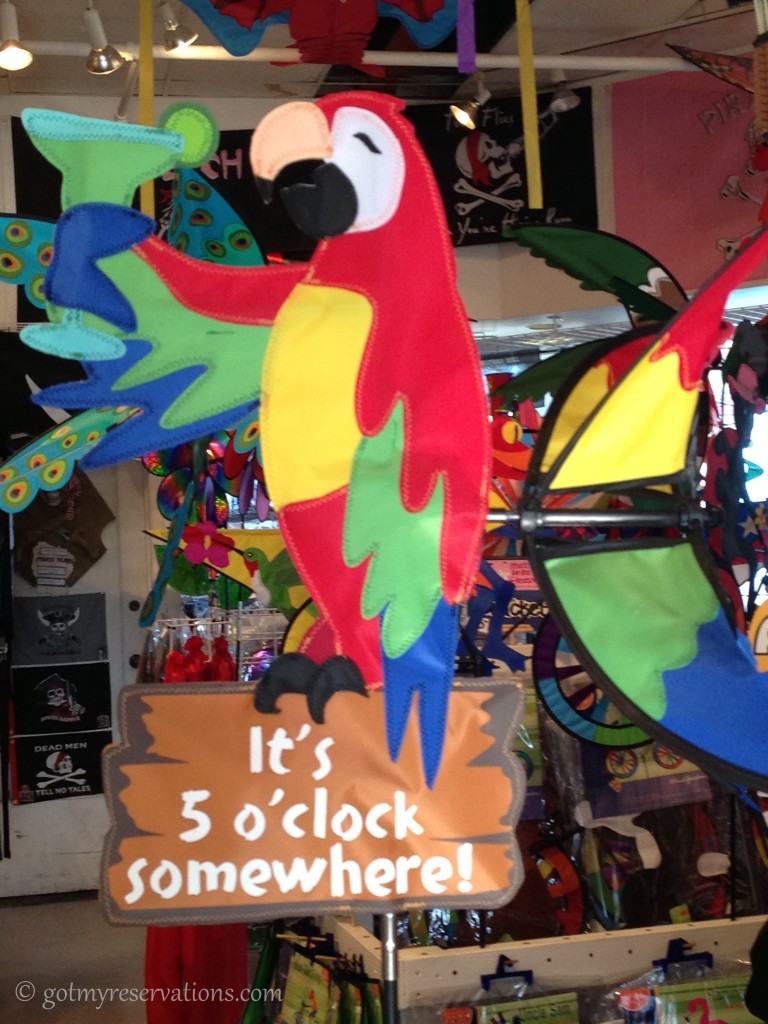 If you NEED this beauty in your garden decor to remind yourself that it’s five o’clock somewhere, you can find it at San Francisco Kite Company, located at Pier 41 between Fisherman’s Wharf and Pier 39. You can also order it online.

After I picked up an Armistead Maupin book from the “new book” shelf at the library and read it voraciously from cover to cover in practically one sitting, I learned that I was now part of an American subculture and apparently had been living under a reading rock.

When I started mentioning this great book I’d read — Mary Ann in Autumn — friends would say, “Is that part of the Tales of the City saga? I read…” and they would tell me their Tales story. When I visited the famous City Lights bookstore in San Francisco and saw the number of Maupin books on the “recommended” shelf, I was probably already hooked. Then I read Tales of the City on the plane, and I knew I had a summer project. I was going to read the entire Tales of the City story this summer during my break from school.

Based in San Francisco, Armistead Maupin says that he was a gay writer when it wasn’t accepted to be openly gay. Now his books are slotted and designated on the trendy GLBT shelves, but they are so much more than that. I will warn you; the Tales story is mesmerizing and life-altering. As a straight-and-supportive reader, Maupin takes me several steps beyond what I thought I knew and loved. All of Maupin’s books are semi-autobiographical; the recurring characters in his novels carry fascinating stories from his own life and those of the people around him. The magic of Maupin’s tales lies in their basic humanity and compelling storytelling. The reader can’t help but be drawn into the web of the family at 28 Barbary Lane — and then there’s twenty years of San Francisco as a backdrop. I’m telling you, it’s hard to stop reading.

I’ve finished all but two of the Maupin novels (I ignored the short stories so far), and I’m going to the library today to see if they have the other two books and the mini-series starring Olympia Dukakis and Laura Linney. Once you’ve read the first book, it will be clear to you who plays which role, and that’s part of the fun of the Tales series. You never know who’s going to show up again and in what guise.

I hope that I’ve intrigued you enough to try a Tales story for yourself. It’s either your cup of tea or it isn’t, but I encourage you to try; I think it’s worth stretching yourself a little to enjoy the fabulous Armistead Maupin and his cast of characters.