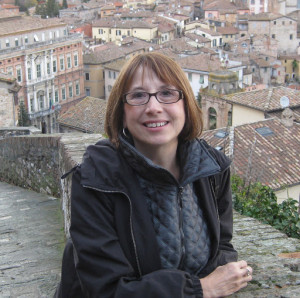 I have a blogging friend whom I have never met, yet our thinking trains seem to often run along the same rails — and it happened again this week. I had planned to write a post about some items I’m adding to my travel closet stash, and Linda also wrote a post about the things that are on her travel must-have list.

Linda Dini Jenkins is a travel writer who blogs at Travel the Write Way. She offers tips about tourist destinations, and plans tours in Italy for small group travel. Here’s what she says about this week’s post.

“It’s trip planning season again. At least that’s what all my travel blog colleagues are writing about in their columns lately. This is the time of year, they say, when people start to plan for their annual holiday, especially if that holiday involves crossing oceans. To help potential travelers in their search, all kinds of lists are appearing to promote the top 10 beach destinations, the best European bargain spots, “undiscovered” this or that, and what you should or shouldn’t pack on said trip.” END_OF_DOCUMENT_TOKEN_TO_BE_REPLACED

As I was thinking about family this week, remembering that August 22 would have been my mother’s 83rd birthday, I decided to memorialize my parents by a trip through our travel memory lane. My father took all of the old slides with pictures of my brothers and me and converted them to photos. He gave us a photo scrapbook of all of these photos and they are a precious treasure trove that chronicles our growing up and our travels.

This is a personal journey that I’m making today, so if you’re not family or a really good friend, you may find you want to skip my grainy photolog. 🙂 Or maybe you have a similar set of photos in your closet that you’re willing to share … 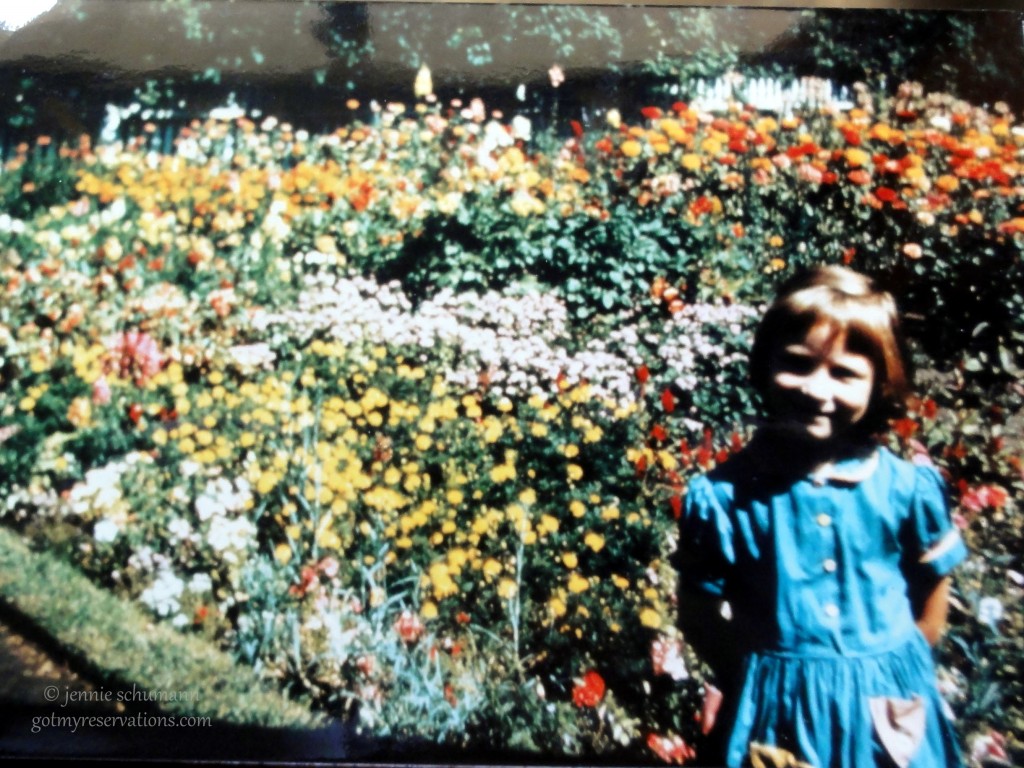 Although there are lots of photos of me as a baby, it appears that we mostly stayed home or visited family in my early years. My father annotated the backs of the photos and he thought this first one was taken in about 1957 at Mount Vernon, George Washington’s home in Virginia. I turned five that summer and my brother was two. Since Dad was a teacher, we often took extended driving trips in the summer, dragging a variety of camping trailers behind us. 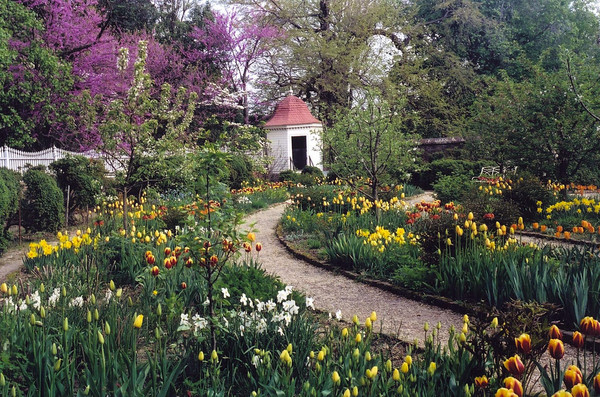 Here’s a more current version of the garden at Mount Vernon.

My dad’s side of the family was from Cincinnati and we used to go to visit relatives fairly frequently. A visit to the Cincinnati Zoo was a treat, and Dad could not resist taking a leggy photo of Mom. Since she’s not pregnant here, this is probably about 1957. 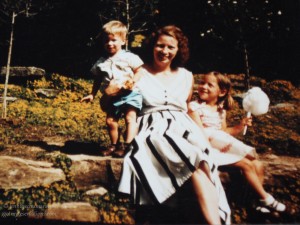 Next on the memory lane is me at John Bryan State Park in western Ohio. Dad says this photo was taken about 1958. We always used to go on a fall color trip every year. 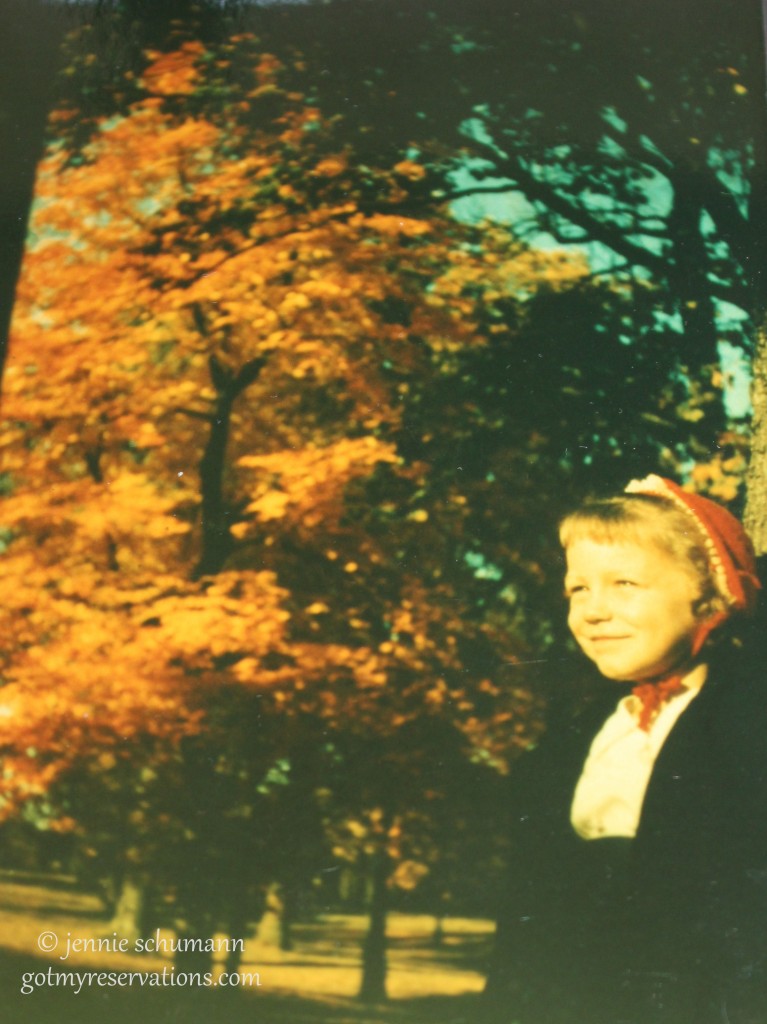 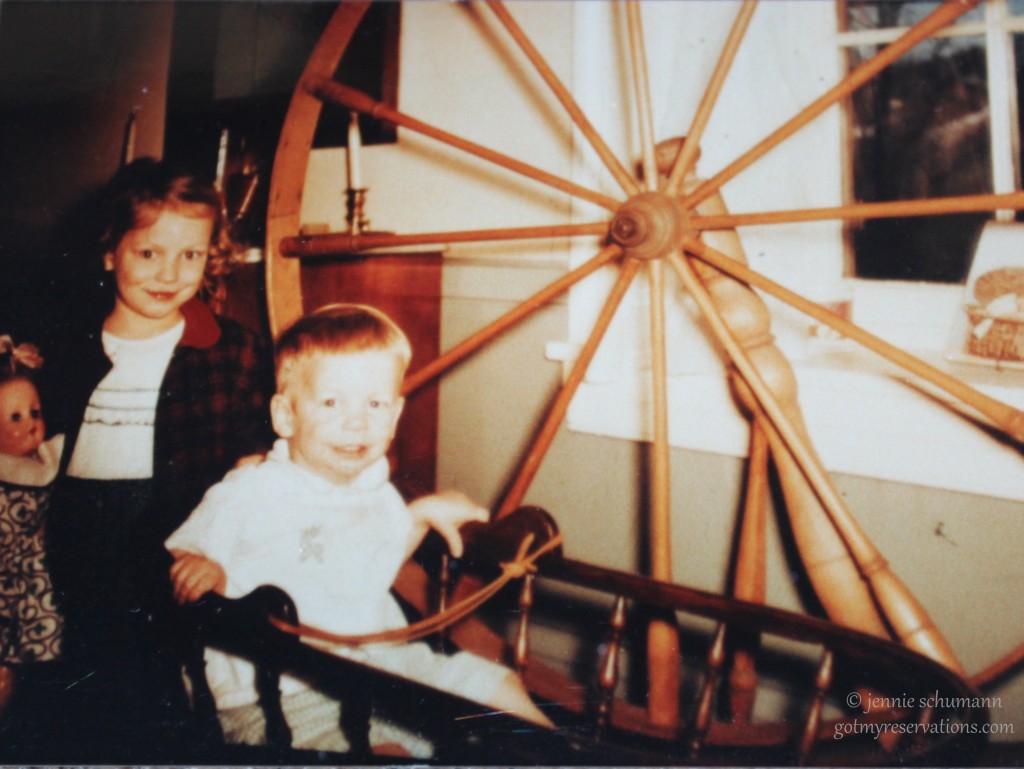 My grandparents lived near Kansas City, so we sometimes visited them there. We also must have made a visit to the Harry S. Truman Library in about 1958.These two photos appear to be taken from about the same spot, but the second (professional) one has a lot more polish and landscaping! 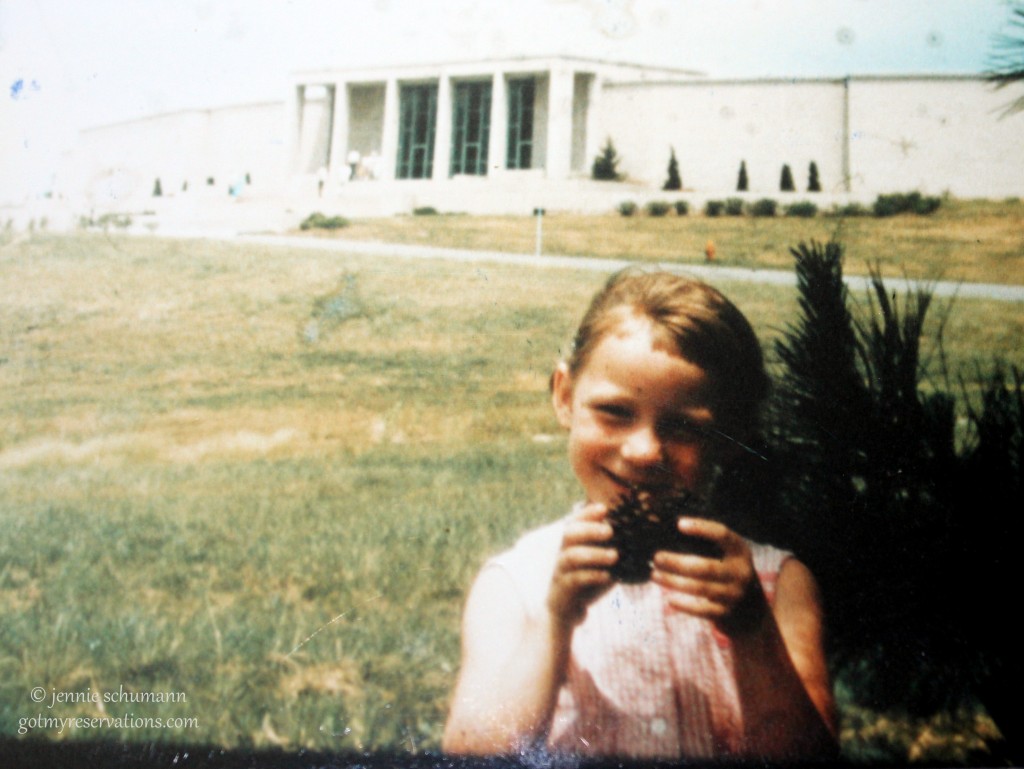 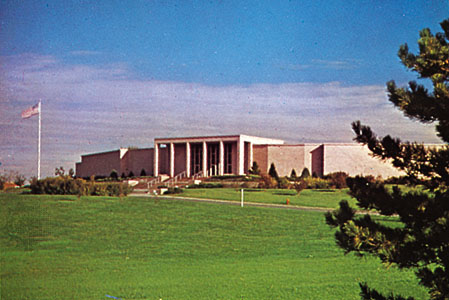 Every Easter Sunday, after church we would go to what we called Mrs. Aull’s Garden (apparently we weren’t the only people) and take photos in our fancy clothes. My youngest brother is about two here, so it’s probably 1961. 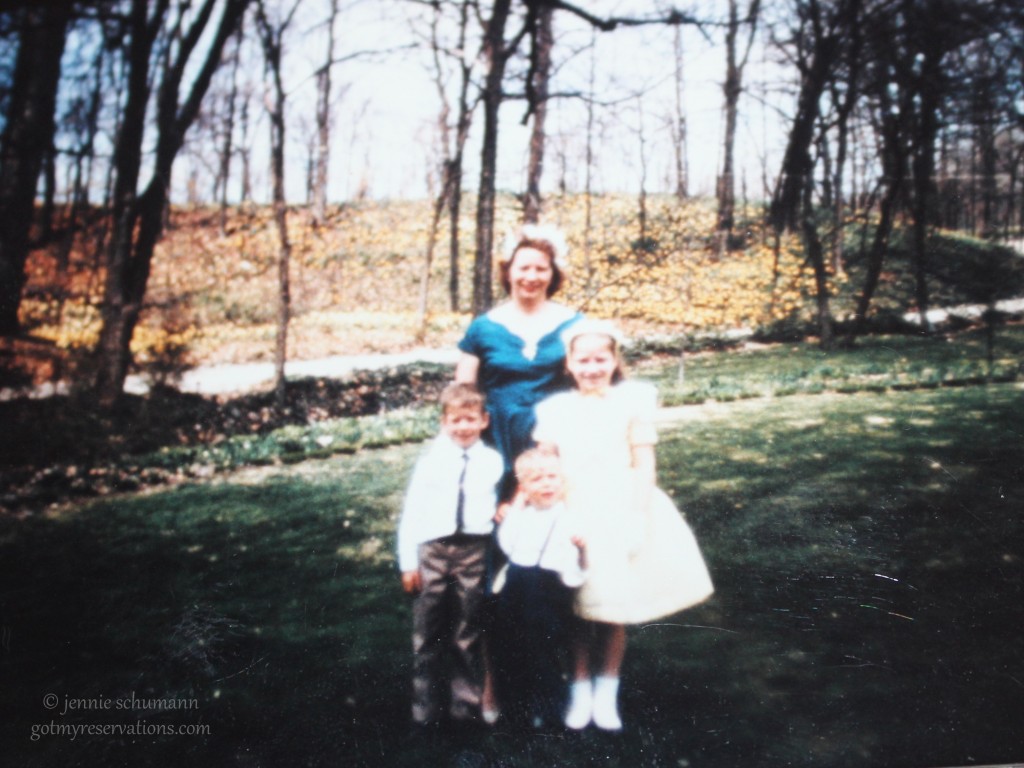 Those yellow blobs on the hill behind us are all daffodils!

The hillside of daffodils still exists, and can be seen here via these copyrighted photos. Aullwood Garden Metropark is still a beautiful place to visit in Englewood, Ohio.

With our little family of five complete and mobile, we began to travel further afield. 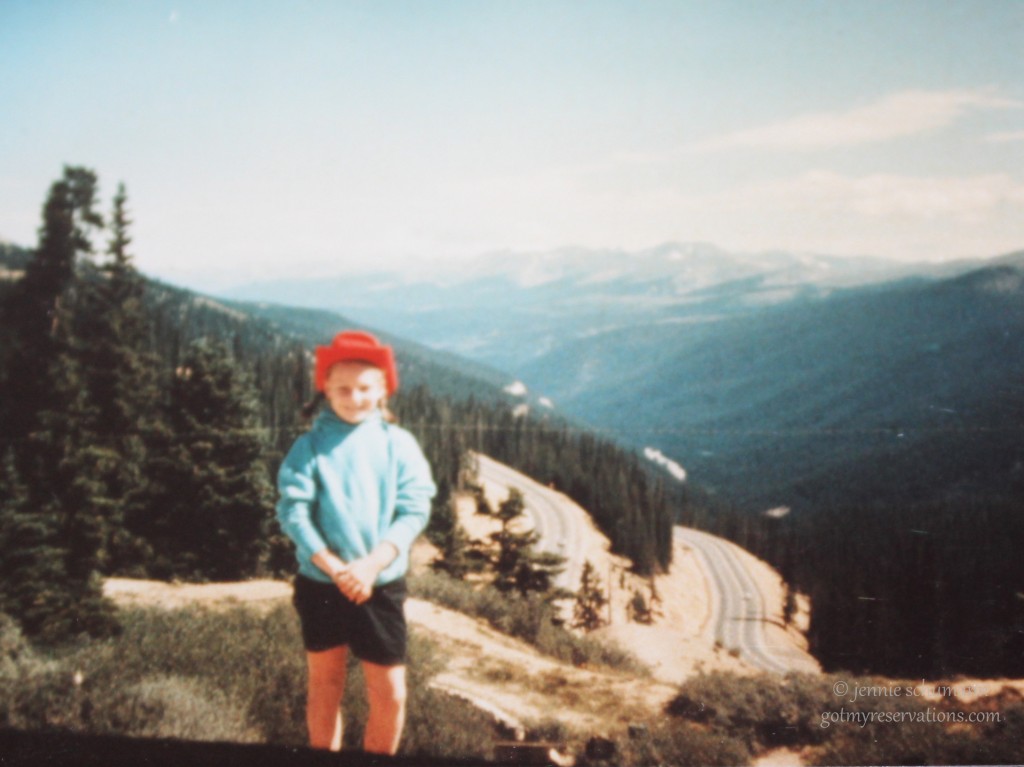 And I began to get into those awkward years. 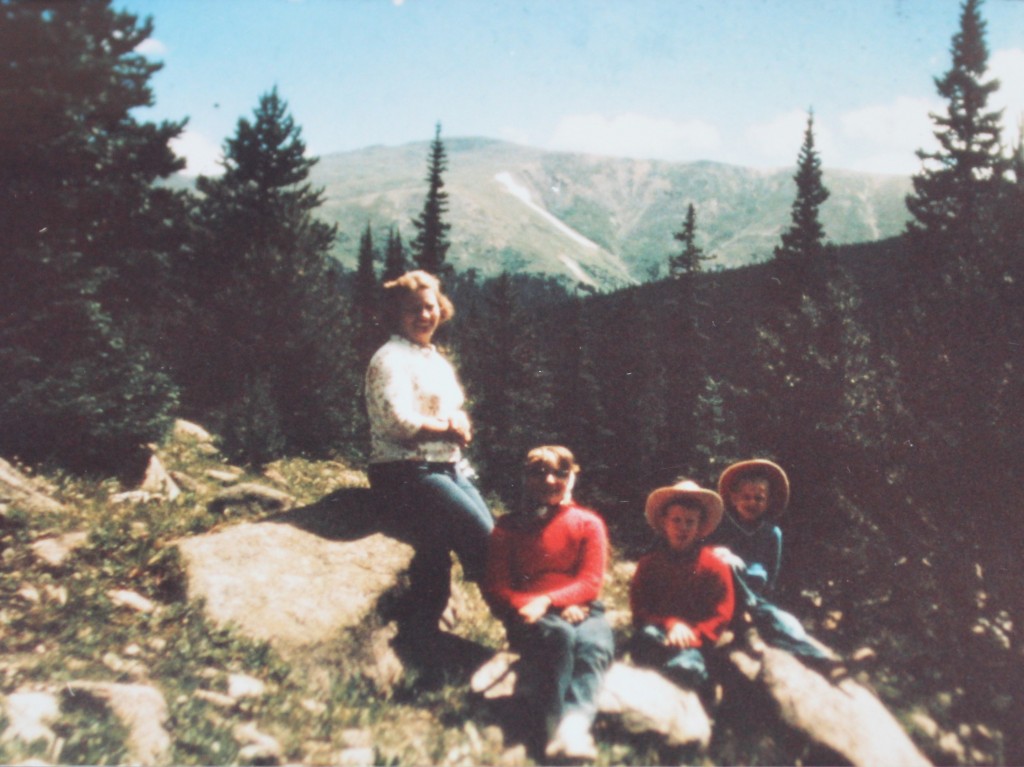 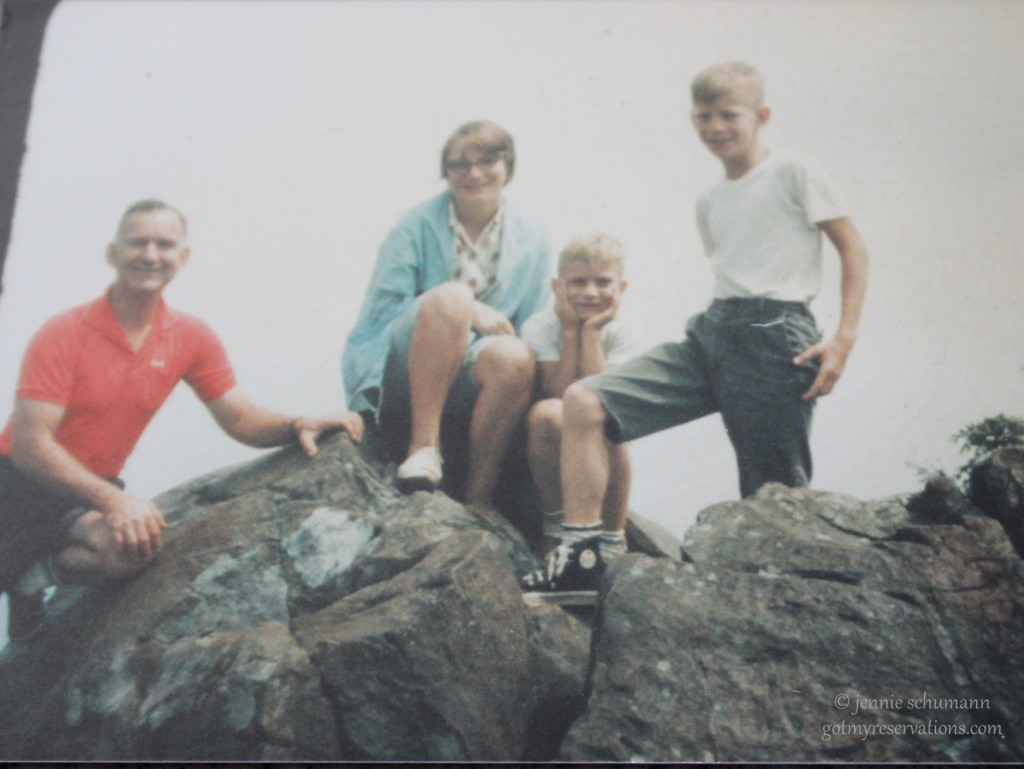 Occasionally my mom took a picture, but she didn’t seem to get the knack of focusing either.

In 1964, we went to the World’s Fair in New York. My husband, who had a traveling childhood similar to mine, remembers that they served $2.00 hamburgers and everyone thought that was highway robbery! 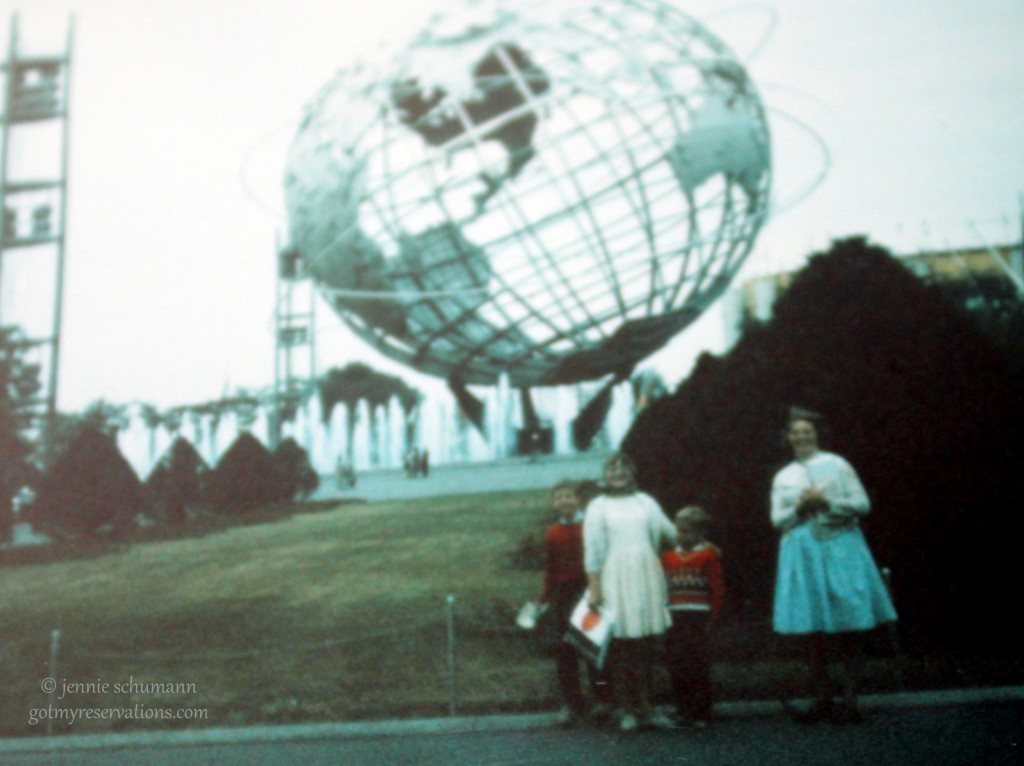 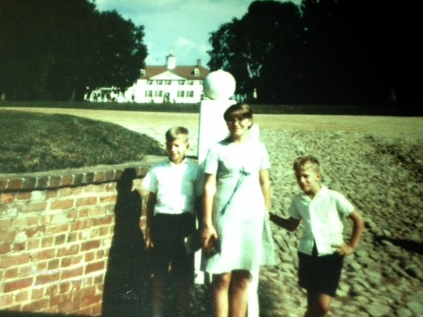 We went back to Mount Vernon… 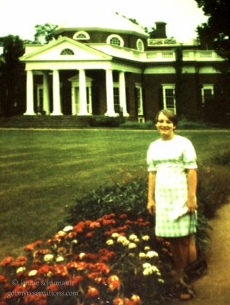 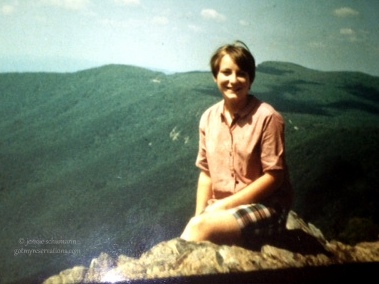 I fell in love with the Appalachian Mountains all over again in 1967.

By the time I was sixteen, I had pretty much stopped traveling with my parents and was working during the summer to save money for college. The love of travel that they instilled in me never went away, however, and it’s a rare day that doesn’t find me dreaming about the next reservation to travel I’m going to make.

I’m linked up today to Wanderlust Wednesday at Time Travel Plans, The Tablescaper for “Oh, The Places I’ve Been”, Travel Photo Monday” at Travel Photo Discovery, and “Travel Photo Thursday” at Budget Travelers Sandbox, so stop by and get some more inspiration for your travel bucket list!

Do we want our news real-time or prime-time?

We’ve been a transitional society for a while now, but it seems as though the Olympics coverage is putting our unease with technology out there for all to see. The American I-want-it-now instant gratification-need-to-know and our desire to experience the thrills of the Olympic games “as they happen” are at war with each other.

There seems to be an assumption on the part of NBC that everyone already knows the event results and so it’s okay to intermingle current news with primetime replays of the events. “Everyone” must be getting the results on their computers and smart phones.

The change in the number of smart phones with instant access to Mr. Internet since the last Olympics in 2008 must be astronomical.

Four years ago, I had clumsy access to the internet on my phone and never used it. Music Man didn’t have any internet access. Now we both have smart phones that link us to everything in seconds. I love the instant access and I hope I never have to go back to the old school ways of getting my news.

But our access comes with a dilemma. I ran across this article from the New Yorker and I think it presents the issue well (in a sarcastic way that tickles my fancy, of course).

P.S. Don’t click into this link if you don’t want to know what happened in the Women’s All-Around on Thursday.