Readers, beware! This post is one of those where I can’t help but teach some art and architecture history. If you really hate that stuff, just look at the pictures. I’ll understand and won’t fault you for it.

My conversation with my mother and my niece about the Impressionist copies that I grew up with prompted me to find out if the original of Lady at the Piano (1875) by Pierre Auguste Renoir was  in the Musée d’Orsay where I could visit it this summer. 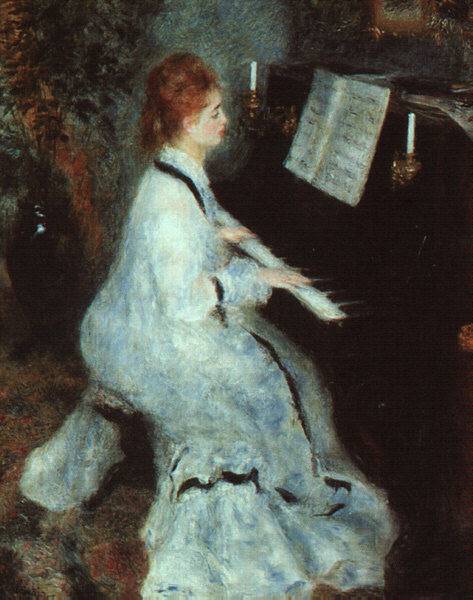 I have been wanting to visit the Musée d’Orsay for at least twelve years, ever since my daughter came back from her Grandtravel trip to Paris and couldn’t stop talking about the museum’s glories. 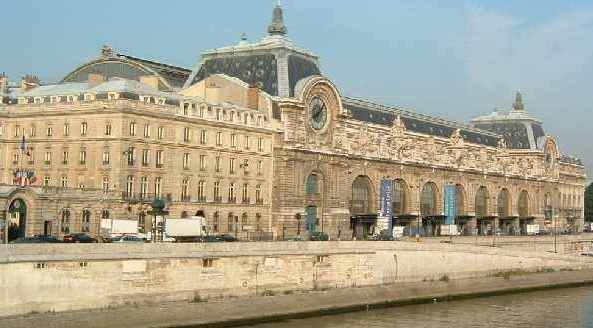 It’s such a romantic old-world story. The museum sits in the center of Paris on the banks of the Seine, opposite the Tuileries Gardens, and was the site of royal promenades, a boat dock, cavalry barracks and the Palais d’Orsay, a government building that was burned down during the Paris Commune in 1871, along with the entire neighborhood. For thirty years, the ruins of the Palais d’Orsay served as reminders of the horrors of civil war.

The French government gave the land to the railroad company, and the Gare d’Orsay train station and a hotel were built on the site for the Universal Exposition of 1900. Designed in the Art Nouveau style, the Exposition celebrated the achievements of the past century and encouraged new development for the future. The Second Olympic Games were part of the Exposition, and both the Exposition and the Olympics were revolutionary in their inclusion of African American (Exposé nègre) contributions as well as being the first time female athletes participated in the Olympics. Following the Exposition, the train station became unusable because its platforms were too short and it served a number of other functions. By 1975, the building was threatened with demolition, but it was given landmark designation and a new museum was to be installed in the train station, in which all of the arts from the second half of the 19th century would be represented. As a prime example of Art Nouveau architecture, the building itself could be seen as the first “work of art” in the Musee d’Orsay, which now displays collections of art from the period 1848 to 1914, including an impressive group of Impressionists. Ironically, it took many years for the now iconic Impressionists and Realists to be exhibited in state-sponsored museums. When the museum opened to the public in 1986, a carefully organized acquisitional plan had allowed the museum to gather art from other museums where it had been housed and to also buy and display art from private collectors. In its short history, the museum has been visited by well over 65 million art lovers. And it doesn’t house the painting I was looking for.

So where is my lady at the piano? She’s right here in Chicago, at the Art Institute, and I don’t have to fly across the Atlantic Ocean to visit her. Isn’t it ironic?

6 thoughts on “The Irony of the Lady at the Piano”