I’ve got a new camera and I’m in love! More on that later, but today I’m sharing my photos from Fathers’ Day, with a theme of shadows and reflections in a photo essay.

As I’ve been learning about my camera and lenses, I’ve also learned that choosing a theme for the day helps to organize my creativity and my output. My relatives and friends will tell you that there’s only so many flower photos they can stand in one day!

My day started with church and the beautiful light that comes in through side windows in our altar area. That set my theme for the day. 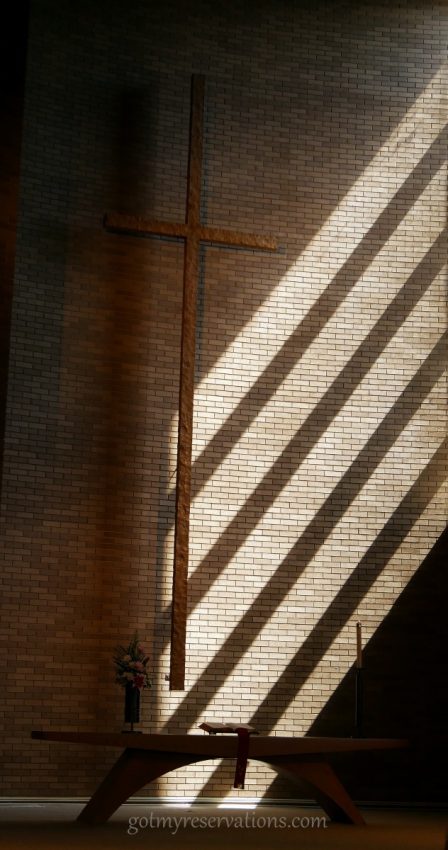 We went to the Art Institute of Chicago in the afternoon specifically to see the exhibit America after the Fall: Painting in the 1930s. This collection will be shown until September 18, 2016, and I highly recommend it. The show includes well-known works by Grant Wood, Edward Hopper, Georgia O’Keefe, and Thomas Hart Benton. While resting on the chairs outside the exhibit, I noticed that the glass wall of the exhibition hall was reflecting both the outdoor garden and the people walking by. 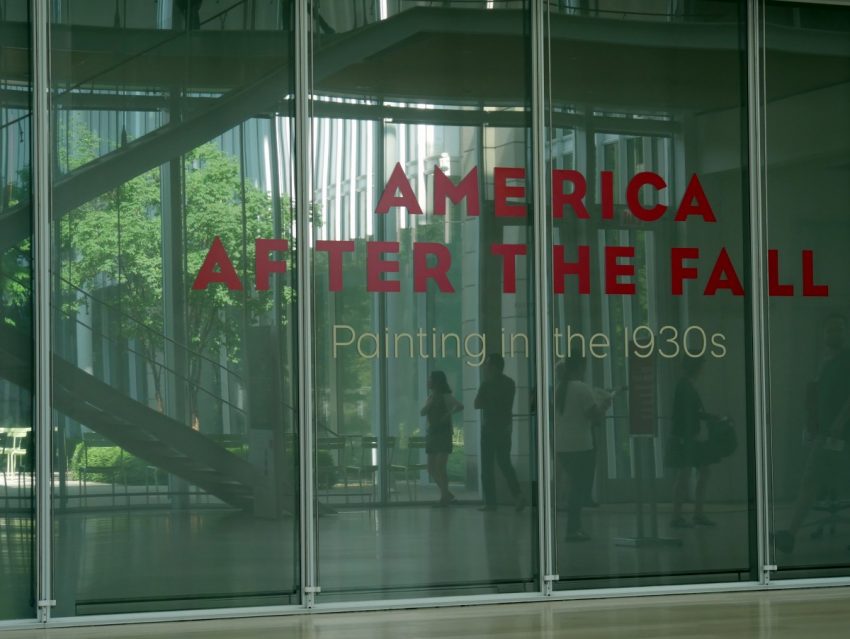 After we viewed the exhibit, we visited some of the other art galleries in the Modern wing of the museum. There were some winners, but I have to admit, I don’t get a lot of what is called modern art. I wasn’t the only one; every now and then we would encounter another visitor laughing quietly at a piece of “art”. The following two pieces caught my eye due to their three-dimensional nature that caused shadows and reflections. 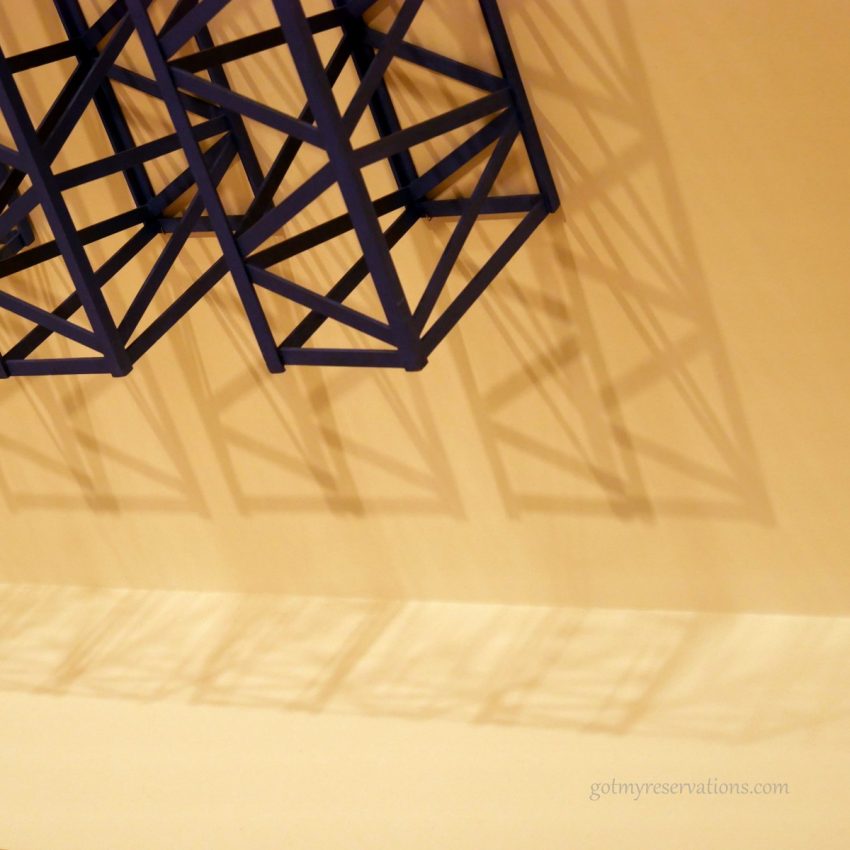 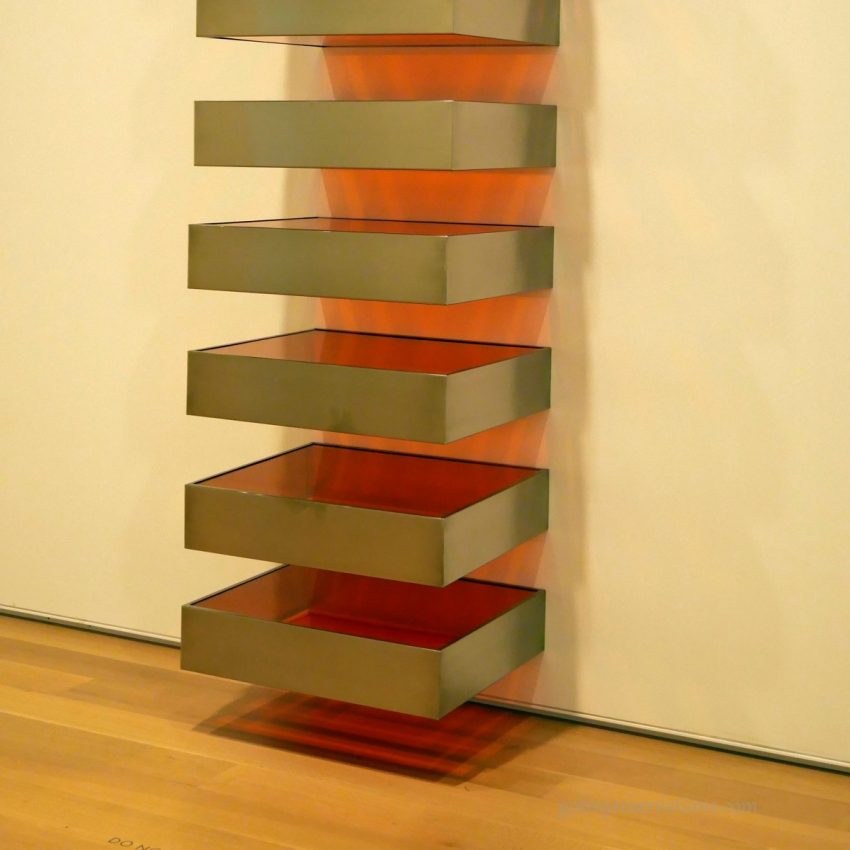 We escaped to the cool basement rooms to see the treasures from Iran, and encountered beautiful tiles and artifacts. 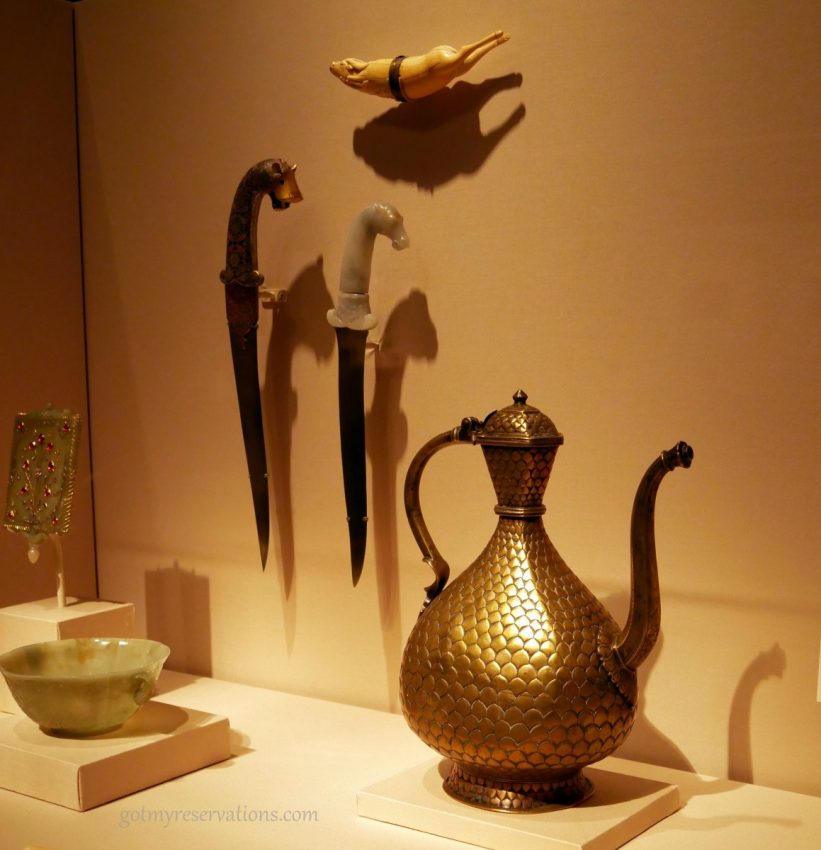 After we had our fill of art, Music Man asked for a pint of dark beer for his special day, so our daughter chose the Beer Bistro for our dinner. The beer list was wide-ranging, and the food was fresh and well-prepared. Of course, the camera came out to pick up a few interesting images. 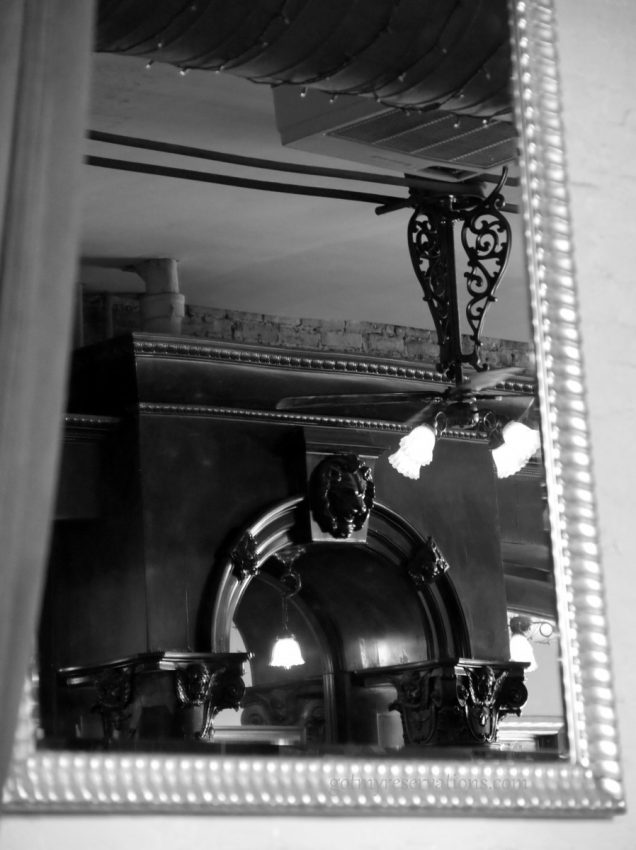 Mirrors make the best photos, and turning it into black and white highlighted all of the interesting architecture in this pub. 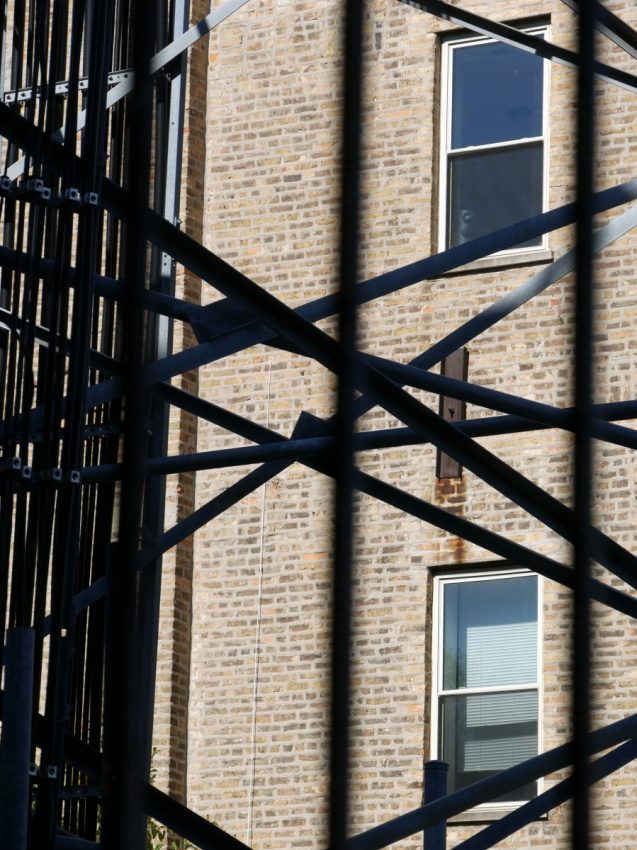 There was some sort of metal tower out in the courtyard between the buildings, and the late afternoon sun caught its shadow. 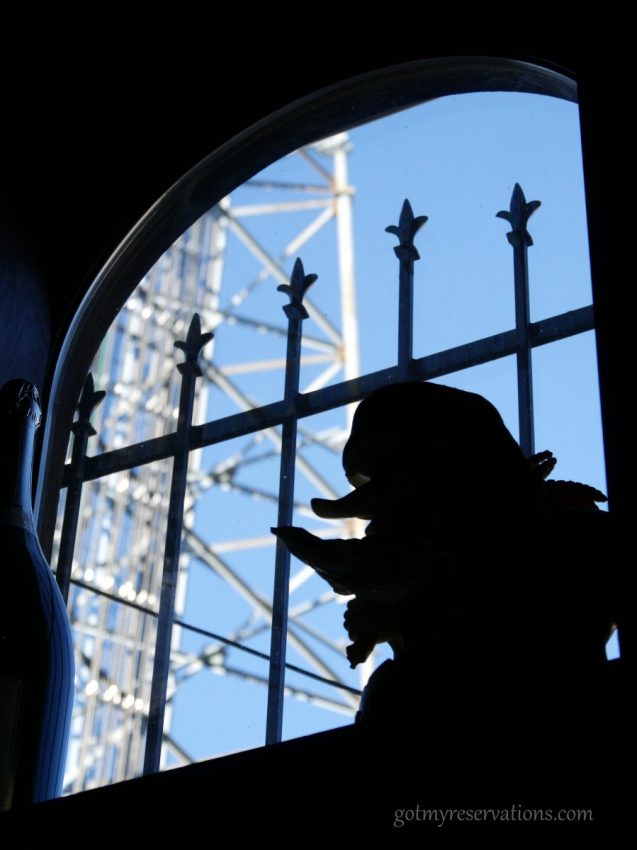 The metal tower again, framed by the barred window, a troll and a wine bottle inside the pub.

So what’s the new camera? It’s a 4/3 mirrorless Panasonic Lumix G7, and I bought a 14-140 zoom lens to use as my walking around lens. I am also borrowing a 100-300 zoom lens, which I’m pretty sure I have to buy from my friend. This camera fits in my purse, is lightweight, and takes lighting fast photos. I’m hooked!

Last week I stumbled on a blogger with a fun way to link up photos on Fridays that fits right in with one of my RENEW goals for 2012 — using my cameras more thoughtfully and intentionally. The challenge is to photograph the week using only the camera on my phone. And yes, I know it’s Saturday.

Normally I’m not a late starter, but with spring break and all, it took me a while to get into the groove, so I didn’t actually take my first photo until Monday. The re-entry back into my real life as a teacher and the inevitable early morning wake up was hard, very hard.

On my arrival at school, I discovered that my promised laptop had not been delivered over spring break. I have mixed feelings about it anyway, so I wasn’t heartbroken.

On Tuesday, one of my students was playing with this mirrored Rubik’s Cube. He said he needed a greater challenge… and then showed us that he marked up one side with dots to help him solve it. 🙂

Since it was grades week and I was feverishly trying to get everything done before the Friday holiday from school, I didn’t do much photography. On Friday, we met out-of-town family members for museum-ing. I took this photo from the window of the Chicago Cultural Center because I have never seen the Bean (Cloud Gate) from this vantage point. The yellow tint comes from the protective film in the windows.

I also took this photo of the stained glass dome in the Chicago Cultural Center. I know it’s not perfect — I took it with my iPhone, for goodness sake — but it gives an idea of the beauty of this often overlooked building among Chicago’s museums. The web site says it’s the tenth most popular museum, but in a city of museums, how many people actually get to the tenth one?

I didn’t take this photo, but I thought you might want to see a well-photographed picture of the Tiffany glass dome that is also in the Cultural Center.

Lest you think I’m trying to cheat on the InstaFriday challenge, here’s my photo of the Tiffany Dome.

I couldn’t resist taking a photo of this quote in the new modern wing of the Art Institute of Chicago.  When I looked up the attribution, I found that it was actually supposed to be a work of art. Silly me, I thought it was just an interesting quote on the wall.

It turned out to be one of those beautiful Chicago spring days — crisp and sunny. On such a day, it’s impossible to take a bad picture of the skyline, even on a smart phone.

If it’s Friday, it’s pizza day. We also had the double whammy of entertaining out-of-town guests, so it had to be a Chicago pizza day. We found a pizza place by the Art Institute that we’ve never been to and were happily surprised by both the food and the service.

A week that started pretty slowly ended up with a warm gush of family togetherness and yummy wine and pizza. It was another hot time in Chi-town after all!