When Cuisine Kathleen posted her “summer whimsey” challenge, I knew that the time had come to bring out my vintage Ferris wheel and feature it in a vacation tablescape. 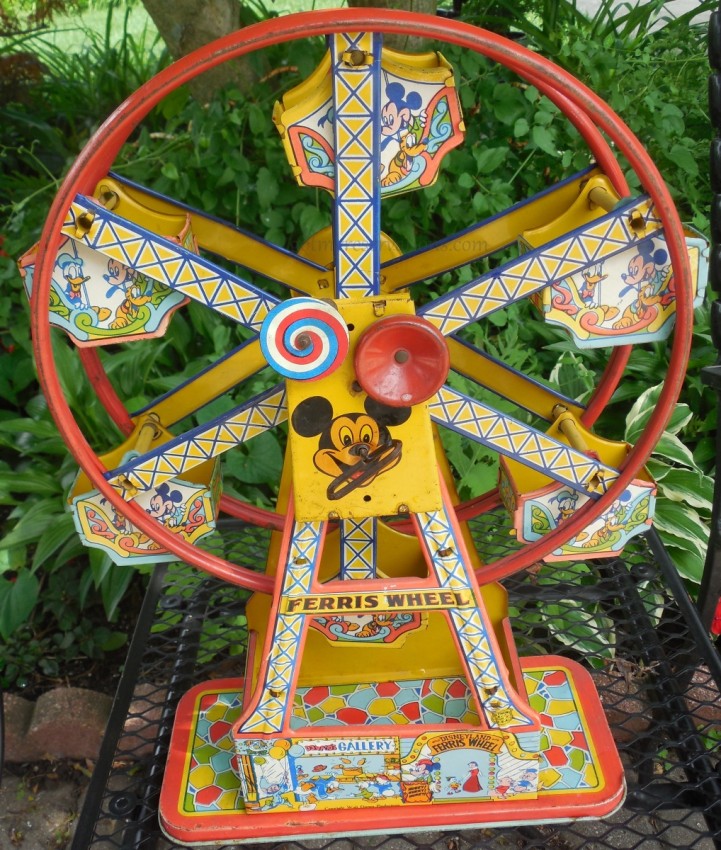 I grew up with this toy and played with it whenever we visited my great-grandmother’s house. I was named after her, and the toy was passed down to me eventually. I had it evaluated at one of those appraisal parties and they said at the time that it was worth about $100, but to me it’s priceless and will be one of the last items to pass on to family members when it’s my turn. The Ferris wheel brings back good memories of playing at Grandma Jennie’s house. 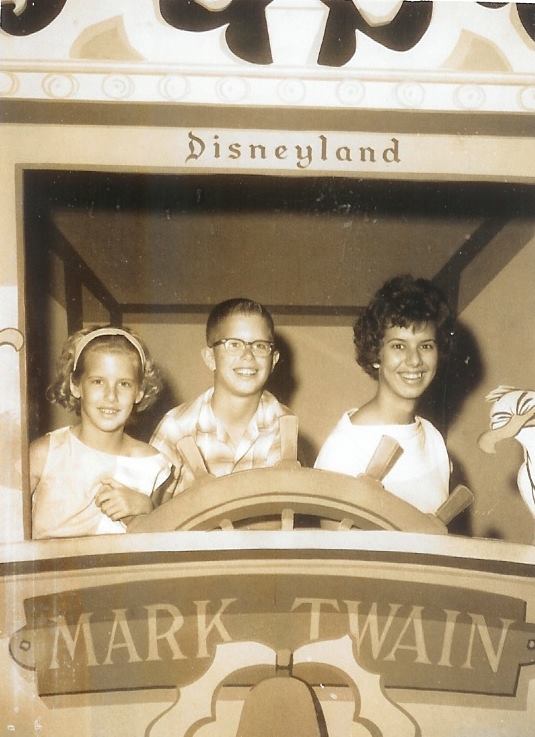 Disneyland opened in 1955 in Anaheim, California, as an offshoot of Walt Disney’s creative mind and ingenious entrepreneurship. Families began flocking to this mother-of-all amusement parks, including mine. Unfortunately there are no photos of us at Disneyland from my father’s books, but my husband’s cousin serendipitously posted one of their family on Facebook today. Basically this was us, too, except that I had two brothers and no sisters.

J. Chein and Co. already were making a classic metal Ferris wheel as early as the 1930s, with clown and circus motifs lithographed on the tin. When Disney made plans to open Disneyland, a Chein Ferris wheel was commissioned using the Disney characters rather than the circus figures. The Disney Ferris wheel began to be distributed as early as 1952 to promote the amusement park opening (see links in text for sources). Apparently, one of these in mint condition sold for $1225 in 2007, but mine is well used and well-loved.

Since I love history and also love to share the provenance of some of my treasured items, this post was way too long to actually show my tablescape. Be sure to tune in tomorrow to my “wonderful world of Disney” tablescape.

I’m linking up today with Dawn’s History and Home Link party at We Call It Junkin’ and Marty’s Inspire Me Tuesday at A Stroll Thru Life. Be sure to stop by and say hello!