Recently a friend asked for book recommendations on Facebook. Knowing that she was planning a trip to France in September, I responded immediately with some favorites from my literary journey through France over the last few years, including The Paris Wife and Extremely Pale Rosé. Everyone else responded with highly regarded cross-cultural novels and nonfiction, making my suggestions appear somewhat frivolous. But did I back down? Non! I offered up an even more frivolous choice — Mary Kay Andrews, the Princess of Beach Reads. 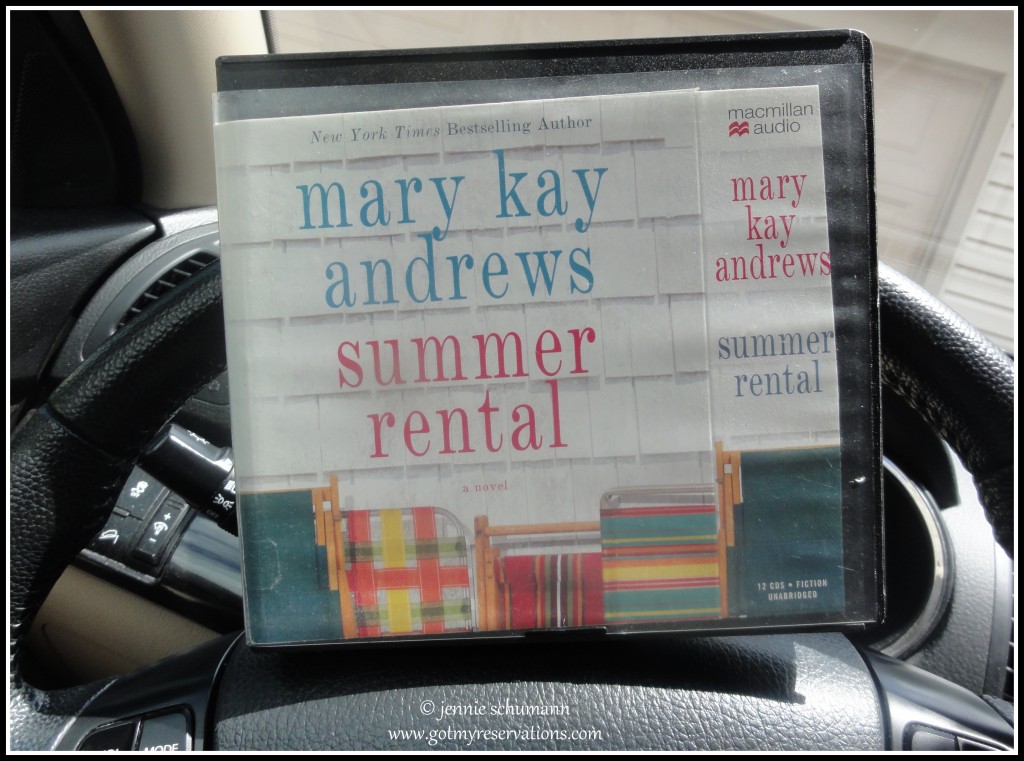 This summer I read several important and lengthy novels, including Paris by Edward Rutherfurd and Cutting for Stone by Abraham Verghese. In the privacy of my car, however, I’ve listened to three Mary Kay Andrews novels, and trust me, they are the perfect beach reads (and car reads).

I’m always looking for books with a cooking connection, so pulling Deep Dish off the shelf at the library wasn’t much of a stretch for me. I DO live in Chicago, home of the best deep dish pizza in the world, just in case you forgot. Not so much about pizza after all, Deep Dish is a sweet little confection about the rivalry between two television chefs. Since it’s a beach read, you already know what happens to our dueling chefs — they fall in love and we hope they will live happily ever after. Nuff sad about that one.

Next up was Hissy Fit, another sassy tale about an interior designer who finds her fiancé fooling around with her maid of honor at the rehearsal dinner. Humiliated, she tries to rebuild her life by restoring and decorating a crumbling antebellum mansion for the “new guy” in town, who just happens to be fabulously wealthy and willing to spend whatever it costs. Hissy Fit surpasses what one might expect from the title, with charming and well-drawn characters and lots of references to antiques. Chick-lit romances usually end with the girl getting the guy, and this book is no exception, but Andrews has created characters that we like and some we dislike, and the reader cares about them. Another satisfying beach read.

Summer Rental is a beach read that’s actually about the beach. After reconnecting at a funeral, a trio of childhood friends decide to rent a house together at Nags Head, NC, for the month of August. Each woman comes to the vacation with expectations and secrets, and in this well-plotted and well-paced story, the secrets reveal themselves. In addition, they adopt another woman who needs a place to stay to escape her criminal husband, and of course there are the local men who become part of the ladies’ lives. The crumbling beach house really is an additional character in the story as Andrews creates an arc for the house itself — and Hollywood comes calling to rescue it and the hunky landlord who owns it. This book has just fueled my long-standing desire to rent a house on the Outer Banks someday. 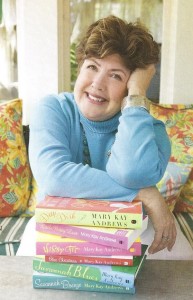 Click into the photo to see Mary Kay Andrews’s advice on beach rentals.

Mary Kay Andrews is the pen name for Kathy Hogan Trocheck, who was a newspaper journalist and has written acclaimed mysteries under her own name as well as the lighter chick-lit fiction. Her deep understanding of life in the South, life in small towns, and her humorous yet gentle take on Southern behaviors make these books fun to read. She also knows a great deal about antiques and thrift-shopping, and it shows up in her characterizations — click here to see her junking tips!

Happy reading and enjoy your vacation!

2 thoughts on “The Sunday Review: Mary Kay Andrews — the Princess of Beach Reads (and drives in the car)”