Music Man and I have a favorite brass group that we “follow” whenever they are performing in the Chicagoland area. The King’s Brass is a seven-piece brass group with additional keyboard and percussion players. Founded 35 years ago by director Tim Zimmerman, the group plays about 120 concerts a year in churches and concert halls. The members of the group are all professional musicians with gigs at universities and symphonies, but they travel six months of the year with King’s Brass. Their concert tour schedule is here; if they are in your area and you like church music, I highly recommend that you try to attend a concert. 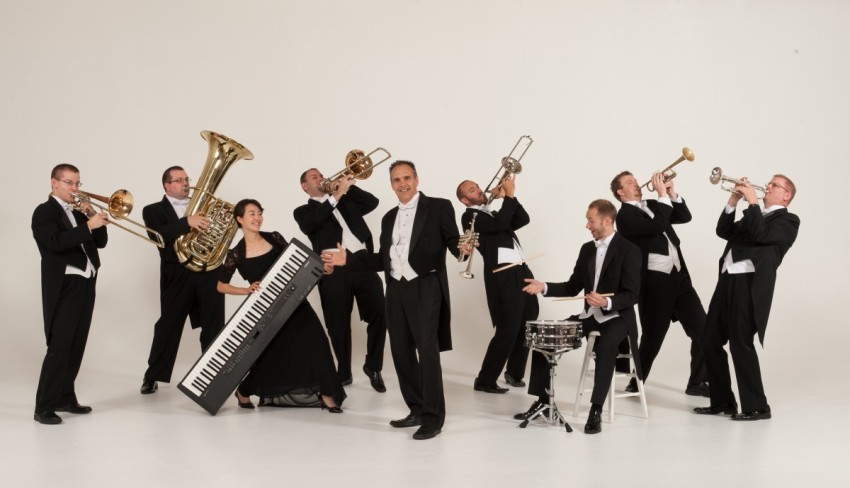 Click into photo for source and more information about King’s Brass.

We attended their only Chicagoland concert  in their 2014-2015 touring season which by amazing luck was at a local Lutheran church, Faith Lutheran Church in Arlington Heights, Illinois. Music Man kinda strong-armed me into going to the concert and we were accompanied by some of our faithful friends as well. It was an amazing two hours of inspirational music provided by The King’s Brass and the church’s excellent organist. I am very glad I went. 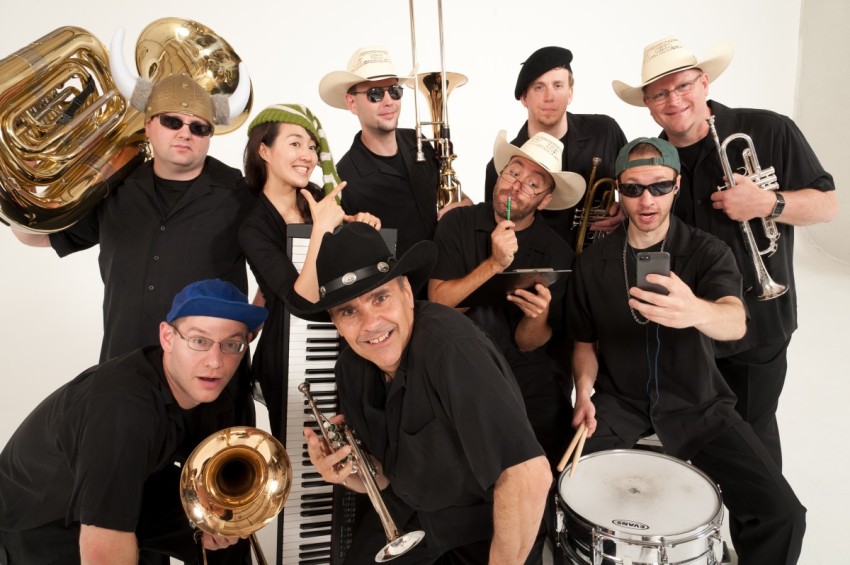 Tim Zimmerman and The King’s Brass

So why am I talking about this today? I’m a musician and we see many concerts every year, but rarely do I come away from a performance with a blog post in my head screaming to make its way onto the page.

I’ve been singing hymns at the top of my voice for as long as I can remember — I come from our version of the Trapp Family Singers. Yet with all that singing, I don’t think I’ve ever heard a congregation sing louder than a brass group, and that’s what happened at this concert. You get a bunch of Lutherans together singing Martin Luther’s A Mighty Fortress Is Our God, and the ceiling rumbles. It was pretty darn exhilarating!

I’ve struggled with the militant nature of the lyrics in A Mighty Fortress every time I’ve sung it. The music and lyrics together are a very powerful and inspirational combination, but Luther’s choice of pitting Jesus against the Devil in a battle does not sit well with my vision of a beneficent God. Yet, having just watched and read a number of media visions of the Protestant Reformation, it doesn’t surprise me that Martin Luther felt he was in a battle with the Devil. He certainly was in a battle with the Pope and the Roman Catholic church’s leaders after he published his 95 Theses in 1517. By 1527 or so, when Luther is thought to have written A Mighty Fortress, he had been excommunicated from the Catholic church and branded an outlaw by the Holy Roman Emperor.

Rather than continuing an internal conversation with myself over Luther’s own battle cry, I find myself content to appreciate the glory of Luther’s music and understand the context in which he wrote his lyrics. I can sing A Mighty Fortress with abandon, while recognizing that there continue to be Christians all over the world who are persecuted for their faith, just as Luther was. I also want my Christianity to be one of social justice, recognizing the right of others to be on their own faith journey. It does not have to be the same path as my journey or Luther’s journey. We each come to faith in our own way, but I believe that God wants us honor our neighbor’s faith while practicing our own.

One thought on “A Mighty Fortress”