Historical accuracy in the media means a lot to me; I’ve been a history nut for as long as I can remember. I love historical fiction, and as my profile says, I love visiting places where the history is palpable around me. Hever Castle in Kent, England, is just such a place. 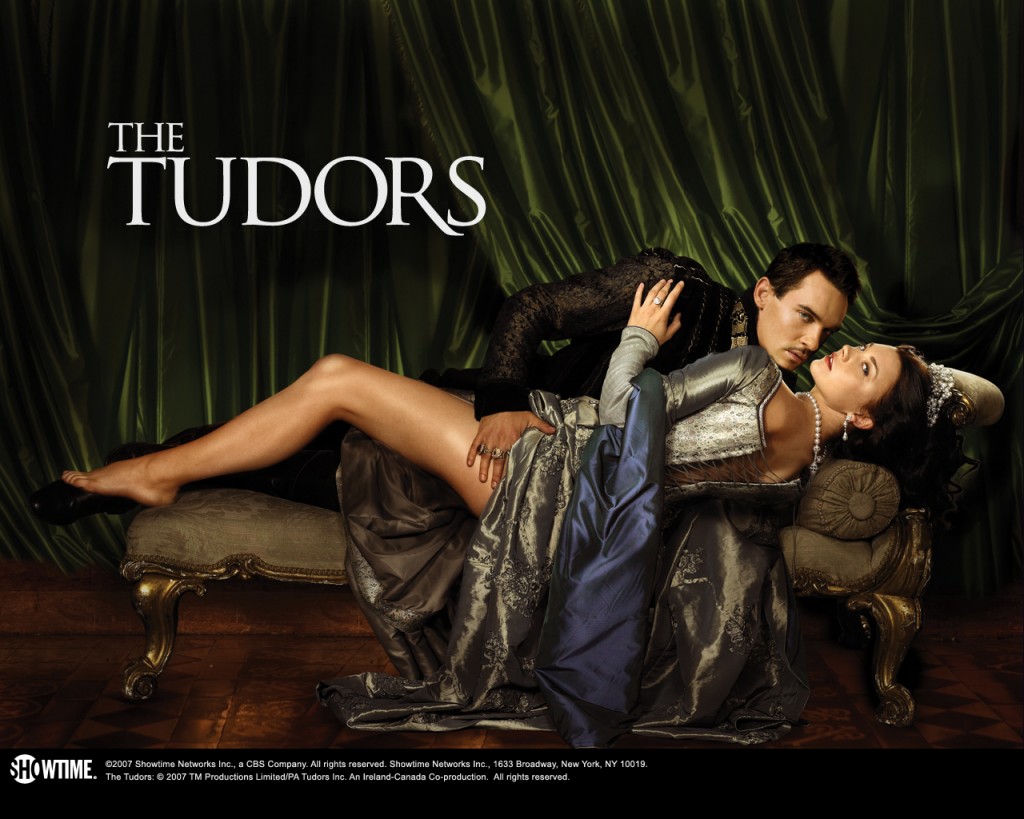 I’ve been watching The Tudors series on Netflix this summer, and its treatment of Anne Boleyn during the first season was less than historically accurate. Natalie Dormer was enchanting and heart-breaking in the tragic role of Anne Boleyn; in this article she discusses creating her character for The Tudors. As Natalie worked with the writers, her second-season Anne became more dimensional and more accurate. I have always been fascinated with Anne Boleyn and have eagerly awaited my opportunities to walk in her shoes (and I did walk in the ones that went to the Tower, if I may be a little irreverent about a very sad story). 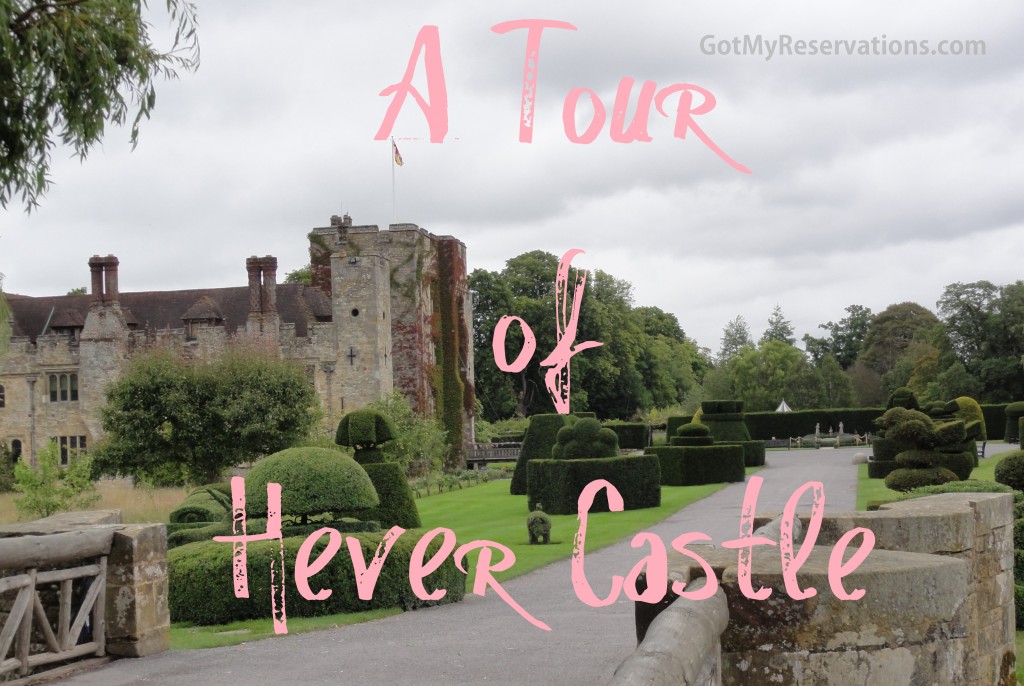 When we planned our trip to southeast England, one of my first goals was to visit Hever Castle, Anne’s childhood home. Of course, we have to put that in the terms that a girl born  c1501 would understand; she was shipped off in 1513 to learn how to be a courtier in the Netherlands, France, and eventually back in England. Her “childhood” was over at about age twelve and she became a skilled member of court, rarely returning to Hever. If you don’t know what happened to Anne Boleyn and her family, I suggest that you start by reading one of the many excellent historical fiction novels. My current favorites are by Hilary Mantel.

When you enter Hever Castle’s park, you are greeted by a beautifully manicured topiary garden. Your first view of the castle is of its 13th Century gatehouse and walled bailey. 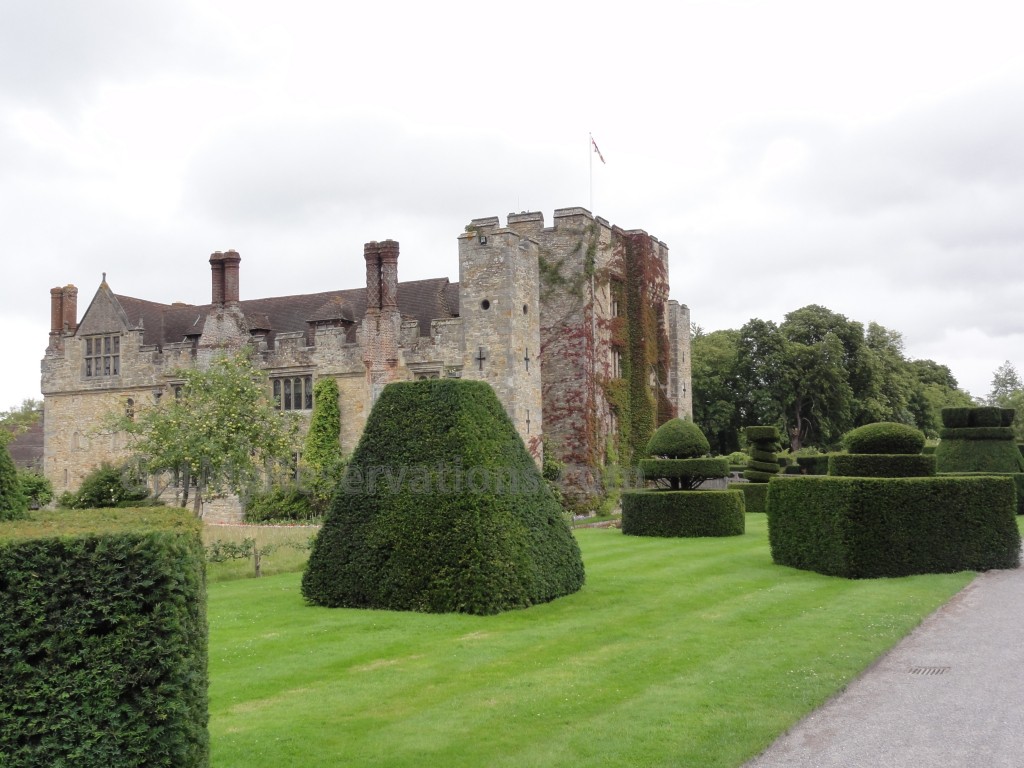 According to Hever Castle’s web site, “In the early 1500s the Bullen [Boleyn] family bought the castle and added a Tudor dwelling within the walls and so it became the childhood home of its most famous inhabitant, Anne Boleyn. It later passed into the ownership of Henry’s fourth wife, Anne of Cleves. From 1557 onwards the Castle was owned by a number of families including the Waldegraves, the Humfreys and the Meade Waldos. Finally, in 1903, William Waldorf Astor invested time, money and imagination in restoring the Castle, building the ‘Tudor Village’ and creating the gardens and lake.” That brings us to today’s Hever Castle and our visit there in 2011. 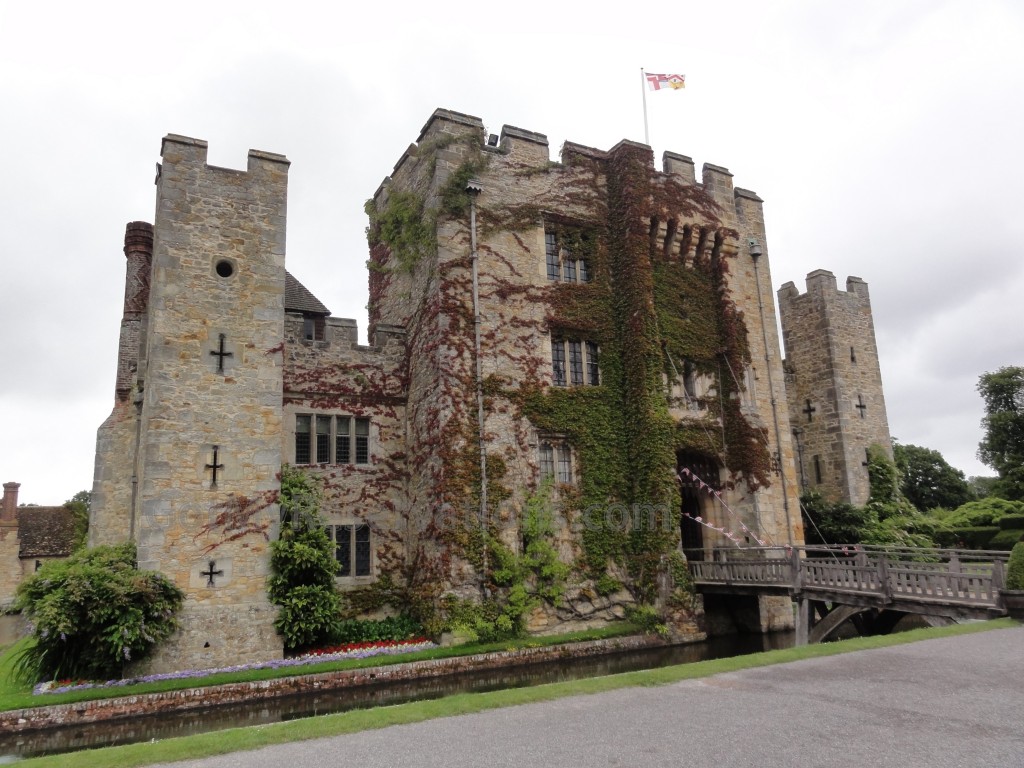 At the end of the topiary garden, you are welcomed across the drawbridge by interpreters. Dressed in period costumes, they help bring you back to the early 1500s. Once you enter the courtyard, you can see the Tudor wattle and daub structure that was built inside the stone bailey. 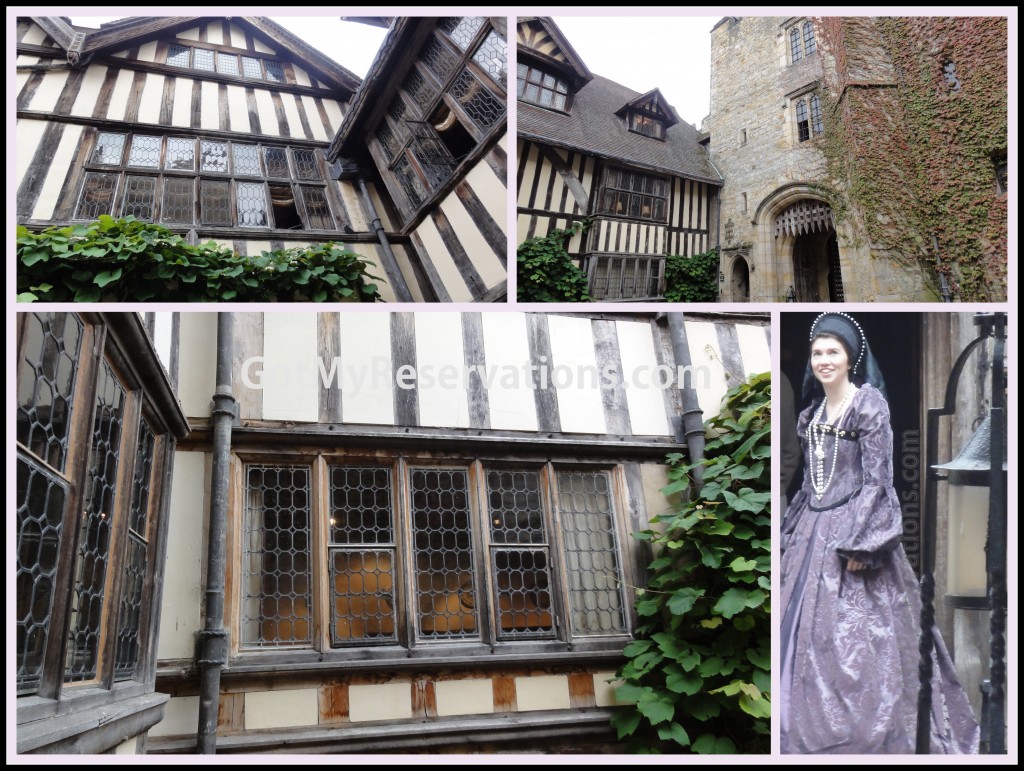 As it is with most old homes, they wouldn’t let me take interior photos, but much of the house is as it was restored by William Waldorf Astor. It is a comfortable and elegant early 20th century English manor home — except that it was the home of one of the richest men in the world. Every detail, every piece of paneling, every fireplace, and every window speaks of the people who previously inhabited this home and of Astor’s dream of bringing Hever back to life. I spent an hour in the museum area talking to the guide about Anne Boleyn’s artifacts, including the prayer book that she took to the Tower with her, which have been purchased at auction and are kept at Hever. I walked up the small spiral staircase that led to Anne’s childhood room; I truly walked in her footsteps. 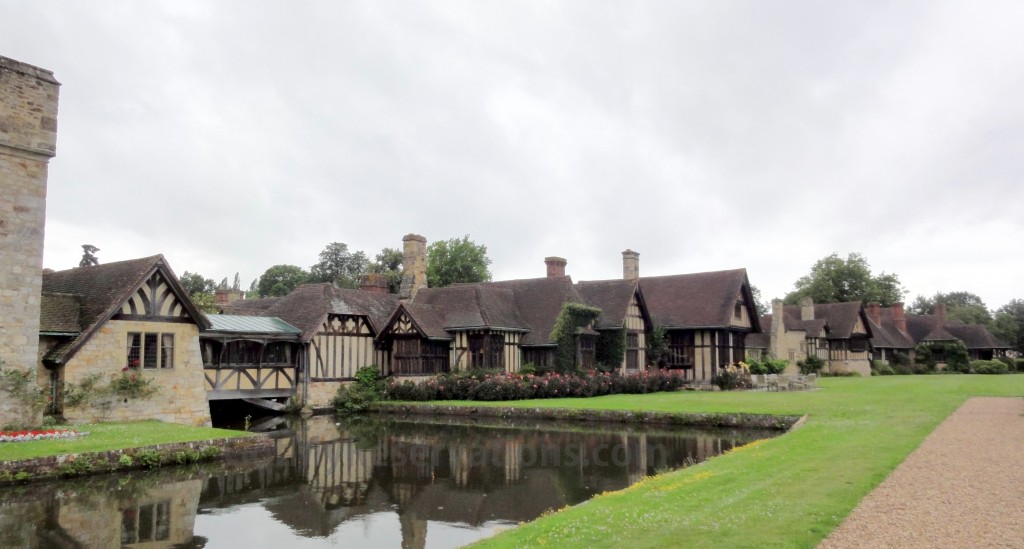 Astor used Hever Castle as a place to entertain friends and business contacts; he added on exact Tudor-style extensions to the original castle which are now used as a conference center and a bed and breakfast. Although we didn’t end up staying on the property, I would recommend it to any die-hard Tudor history buff. 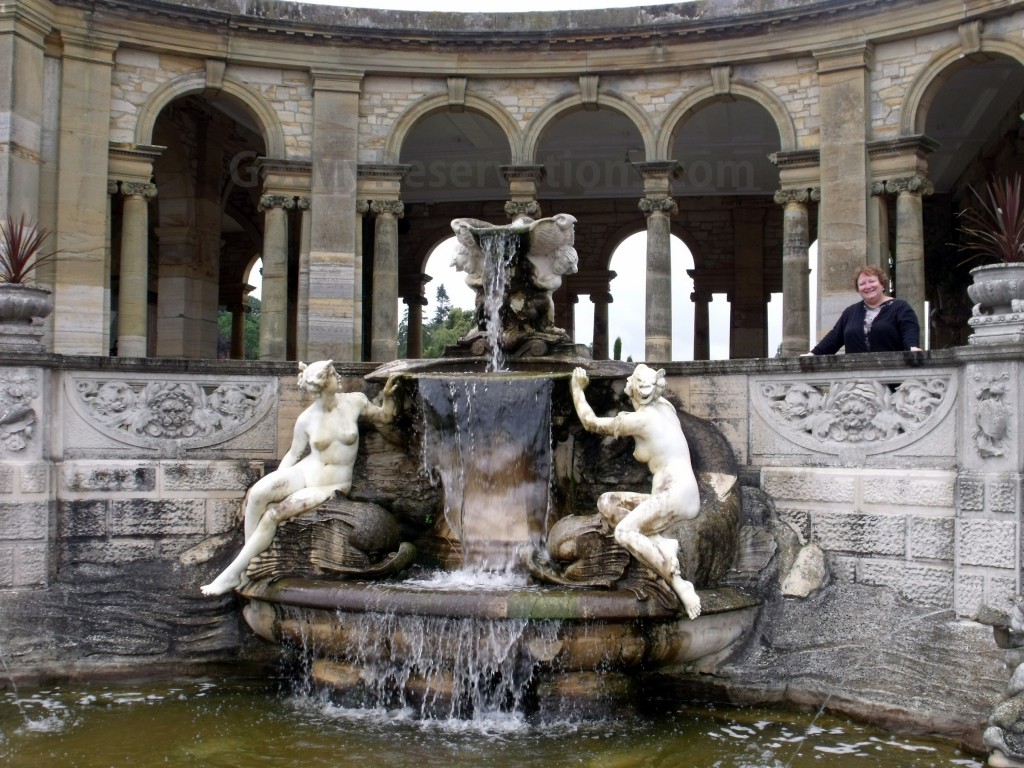 In addition to the new accommodation wings, Astor also built a large Italian-style garden in which to show off his collection of statuary. It was raining by the time we got to the garden, but it was well worth the inconvenience of walking around in the rain. 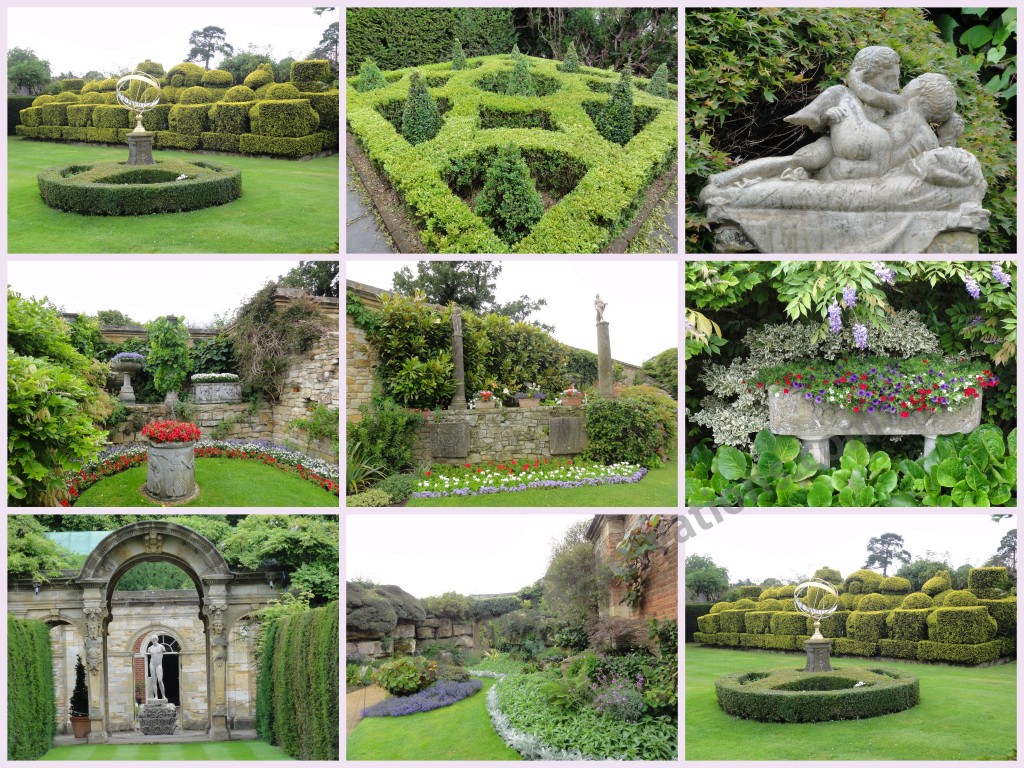 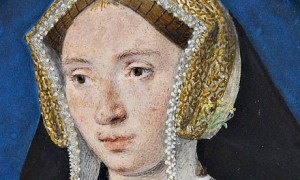 I’ve always thought that Anne has been misjudged and reviled because her story was engineered, written, and then told by men. It wasn’t HERstory, it was HIStory. Anne Boleyn’s life is a warning to guard the rights as modern women that many women before us have struggled to achieve. Recent events here in the United States show us that 500 years later, women can still be made second-class citizens by the swift stroke of a vote.

Anne’s role as a religious reformer also cannot be ignored. She and Henry had different goals when they broke away from the Catholic church. While the story of the birth of the Church of England is one that can be read in countless books, we were privileged to be at the Globe Theater for a rehearsal of Anne Boleyn, a play about Anne’s role in the Reformation.

Hever Castle is an easy drive in the countryside outside of London and I highly recommend visiting. As with most English castles turned tourist attractions, there is an informal restaurant and other things to do beyond soaking up the history; there is even a jousting tournament in the summer!

I’m linking up today with The Tablescaper for “Oh, The Places I’ve Been” and Budget Travelers Sandbox, so stop by and get some more inspiration for your travel bucket list!

I’ve also  joined forces with Bloglovin’ and I hope that you will follow me — it’s really easy to import your Google Reader links if you need to, by the way. Follow my blog with Bloglovin.