I’ve got a lot to say about breakfast, but I’m going to start with my ham salad craving.

I’m trying to break myself of my McDonalds-for-breakfast habit, so I’ve been substituting with deli salads for my morning protein. Yes, they contain fat from mayo and other uncertain ingredients, but they have to be better for me than a sausage biscuit with cheese and a couple of hashbrowns (see breakfast items on page five).

I love ham salad. The salty meat plays off of the sweet pickles, confounded by the subtle heat from the Dijon mustard. It’s a breakfast made in heaven, so I decided to buy a piece of fresh ham from my butcher.  I made homemade ham salad using Paula Deen’s Ham Salad recipe — I left out the eggs and used sweet pickles instead of spicy dills. I also used mostly olive oil mayonnaise, and I was feeling pretty darn virtuous since the ham I bought was labeled nitrite-free.

Then I discovered the NO NITRITES HOAX. Among other supporters of nitrite-cured meats such as bacon, ham, and salami, Michael Ruhlmann has become a leading voice of the nitrite-free dissenters. A less bombastic version of the nitrites story can be found here, but the message is essentially the same, and I’ve quoted Mary Saucier Choate (food co-op dietician for the Hanover Consumer Cooperative Society in New Hampshire) rather than Ruhlmann.

Sodium nitrite is an anti-oxidant used to cure meats like ham, bacon, and hot dogs. It gives cured meats their characteristic color and flavor. Nitrite prevents spoilage, stops the growth of botulism-causing bacteria, and can help thwart harmful Listeria monocytogenes. The amount of nitrite allowed by USDA to be added to cured meats is limited to 156 parts per million. After processing, the amount of nitrite remaining in the final product is typically 10 parts per million or less.

Mention nitrates and nitrites, and the average consumer thinks of processed and cured meats. Yet, less than five percent of our daily nitrite intake actually comes from cured meats.

Approximately 80 percent of dietary nitrate comes from the naturally occurring nitrates in the vegetables and fruit we eat.

In other words, the salt in the nitrite-free ham slice and the fresh celery I put in the ham salad will make beautiful music together in my tummy and offer beneficial health actions. Whodathunk?

But I need to think again.

Processed meats are usually high in sodium and saturated fat. The science behind the effect on heart health of these two food components has only grown stronger. Sodium raises blood pressure, especially as we age, and saturated fat leads to elevated cholesterol levels and clogged arteries. Processed meats should be enjoyed as an occasional treat, not an everyday staple.

I’m not going to eat the ham salad every day, and I will balance it with other proteins, such as my Greek yogurt fruit smoothie. I am going to enjoy the two servings of ham salad I just made and not think too much about the nitrites, nitrates, and saturated fat in it. 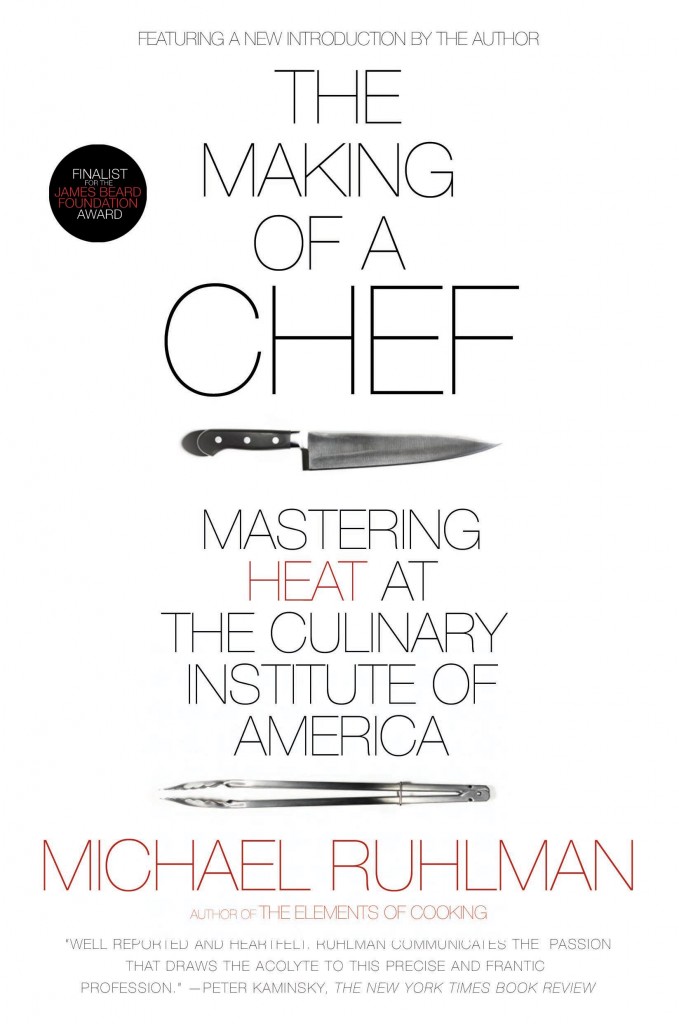 Image Credit and a link to Michael Ruhlmann’s web site

And I’m going to read some of Michael Ruhlmann’s books, starting with The Making of a Chef. I’m pretty sure I’m going to find it an interesting antidote to Michael Pollan’s rightousness.

One thought on “Ham Salad Remix”